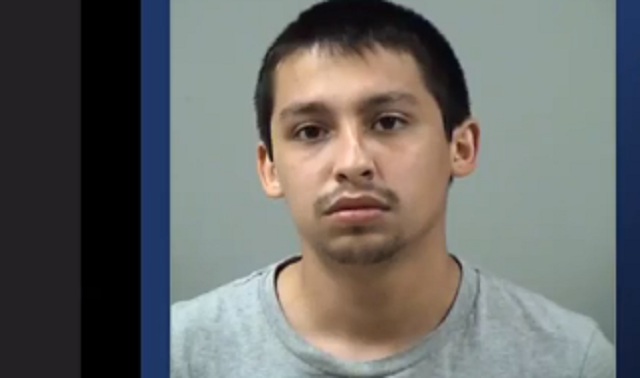 Salvador Herrera charged with online solicitation of a minor /Photo-BCSO

SAN ANTONIO (KTSA News) – A former Bexar County Juvenile Detention officer is accused of exchanging sexual photos and videos on social media with a 16-year-old girl he met at the detention center.

Twenty-six-year-old Salvador Herrera, who worked in the juvenile probation department,  was arrested Monday on a charge of online solicitation of a minor.

Bexar County Sheriff Javier Salazar says Herrera sent the girl cash and jewelry ,”presumably in exchange for the videos and pictures that he was sent.”

Herrera was fired from the Bexar County Juvenile Probation Department several months ago when the investigation began.

Salazar believes that there were at least four other victims, but they’re not cooperating with investigators.  Salazar says the victims may fear that authorities won’t believe them because they have a criminal background.

“Nothing gives any one human being the right to victimize any other human being, whether that be your criminal history or whatever unfortunate circumstances you find yourself in,” said Salazar.

He’s urging anyone with information on the case against Herrera to contact the sheriff’s office at 210-335-5110.