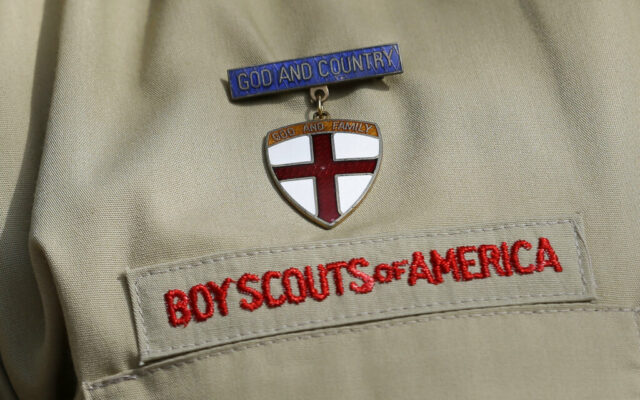 This Feb. 4, 2013 file photo shows a close up of a Boy Scout uniform in Irving, Texas. Amid the Boy Scouts of America’s complex bankruptcy case filed in February 2020, there is worsening friction between the BSA and the major religious groups that help it run thousands of Scout units. At issue: the churches’ fears that an eventual settlement – while protecting the BSA from future sex-abuse lawsuits – could leave many churches unprotected. (AP Photo/Tony Gutierrez, File)

SAN ANTONNIO (KTSA News) — A former Boy Scouts of America employee is out on bond following his arrest on child pornography charges.

KSAT-12  is reporting Christopher Mendoza had been employed with the Alamo Area Council since 2014.

According to a statement, the council isn’t aware of any scouting children who were involved in Mendoza’s activities. He was fired as soon as the council became aware of his arrest.

Mendoza was at the Bexar County Jail until he was released on bond.