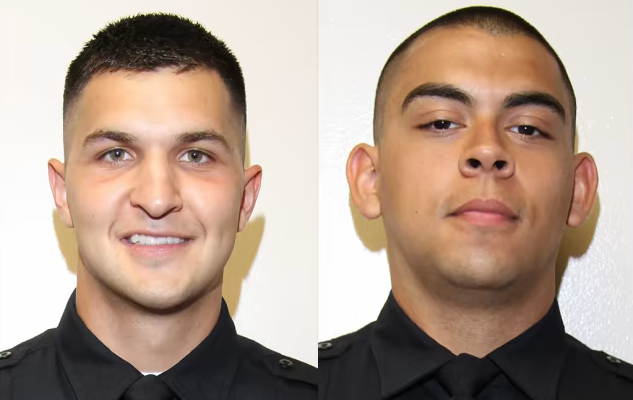 Officials say that on January 16, 2020, former officers Carlos Castro and Thomas Villarreal are accused of punching a man in the face repeatedly during an arrest.

KSAT reports that the two officers pulled over Eric Wilson, a man who was on federal probation at the time of the arrest, after Wilson was speeding and failed to use a turn signal. When Wilson pulled over, the man reportedly walked away from officers and into a home owned by a family member.

Former officers Castro and Villarreal are accused of kicking the door to force their way into the home and court documents say they “entered a private residence without consent, without a warrant and without exigent circumstances for the purposes of effecting a misdemeanor arrest.”

According to reports, Wilson continued resisting arrest inside the home and Villarreal attempted unsuccessfully to deploy his taser. The police report states that the Castro and Villarreal believed that Wilson may reach for a weapon and therefore began punching him in the face until they were able to get him in handcuffs.

The police department noted that both officers had Wilson’s blood on their body, that Villarreal sustained a bruised hand and that Wilson’s mugshot reveals the man had two black eyes when he was booked into the Bexar County Jail.

The police department conducted an internal investigation and both officers were fired in July 2020.

Castro and Villarreal are both charged with one count of aggravated assault by a public servant, a first-degree felony punishable by up to life in prison.