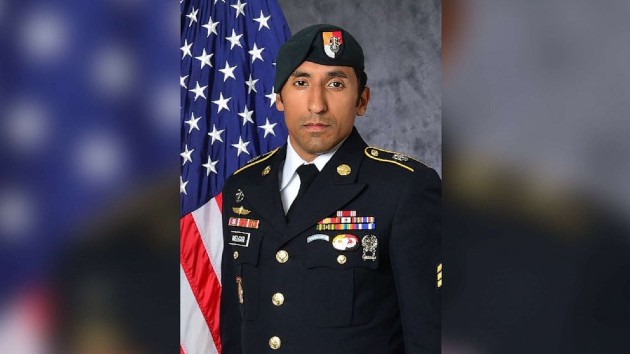 (WASHINGTON) — A member of the Navy’s elite SEAL Team 6 intends to plead guilty next week for his role in the strangulation death of Army Green Beret Staff Sgt. Logan Melgar.

That would make Chief Special Warfare Operator Tony DeDolph the third of four defendants, including another SEAL Team 6 member, to admit guilt for an alleged role in Melgar’s death in a June 2017 hazing incident in Mali.

DeDolph “has entered into an agreement with Rear Admiral Charles Rock, USN, to resolve his pending charges,” Phil Stackhouse, DeDolph’s attorney, said in a statement. “This agreement will end the contested charges, allowing SOC DeDolph to accept responsibility for those offenses he can, and mitigate most of the concerns over classified material present in the case.”

DeDolph was facing life in prison without parole if convicted on charges of murder, involuntary manslaughter, hazing and obstruction of justice. The statement from Stackhouse didn’t specify to which charges DeDolph intends to plead, but the Daily Beast, which was first to report DeDolph’s decision, cited sources who said he’d plead guilty to involuntary manslaughter, obstruction of justice and hazing.

“What is intended by a person’s actions is eminently important, and the agreement recognizes that SOC DeDolph never intended to injure SSG Logan Melgar,” Stackhouse’s statement continued. “The fact that SSG Melgar’s death was not intentional may not lessen the righteous feelings of grief by family and friends, but perhaps the resolution of this case will further help them find closure and peace.”

The Navy announced on Tuesday a court martial has been scheduled for Jan. 14 for DeDolph and Gunnery Sgt. Mario A. Madera-Rodriguez, a Special Operations Marine also charged in the case.

In 2019, Chief Petty Officer Adam Matthews, also of SEAL Team 6, and Staff Sgt. Kevin Maxwell, a special operations Marine, pleaded guilty for their roles in Melgar’s death. Matthews was sentenced to a year in prison, and Maxwell received four years.

Melgar and the four service members were in Mali as part of a counter-terrorism mission in western Africa that included monitoring al Qaeda-linked groups.

The four service members were accused of breaking into Melgar’s room to haze him over perceived slights to colleagues. Melgar couldn’t be revived after DeDolph allegedly placed him in a chokehold.

Melgar’s death was one in a series of high-profile incidents involving the military’s most elite special forces that led U.S. Special Operations Command to make changes to emphasize leadership and ethics in their training.