From counterculture to competition, skateboarding makes its way to Olympics 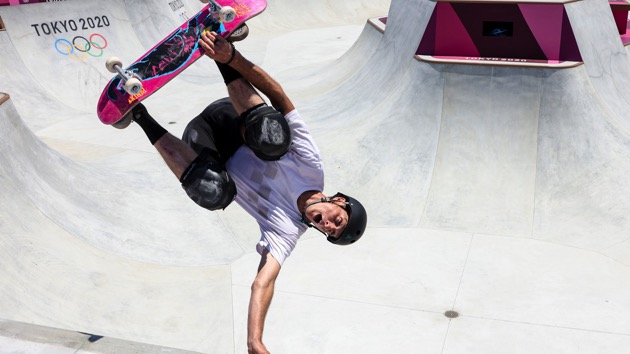 (TOKYO) — Skateboarding has always been as much about culture as competition. But now, that culture will have to make room for the biggest competition in the world: the Olympics.

The sport is ready to make its Olympic debut in Tokyo with two different disciplines: street and park. Some 70 years or so after skateboarding was born out of the boredom of Southern California surfers, USA Skateboarding CEO Josh Friedberg told ABC News the Olympics will be as much about showcasing the sport’s personality as the sport itself.

“What’s exciting for me is that there’s this chance on a global stage to share what makes skateboarding special,” Friedberg told ABC News. “It’s much more than just a sport. And I think that that shines through when you see the personalities of skaters, the Olympians, from all over the world, who love skateboarding … and they’re going to compete for their countries in this new environment.”

“I still believe that, as a culture-based sport, skateboarding has a lot to offer the world,” he added. “And, you know, vice versa, the exposure that the Olympics can provide with this inclusion in the games for skateboarding just means that chance to share this with more and more people around the world.”

Still, the irony of skateboarding joining the most mainstream of sporting events hasn’t escaped the attention of athletes used to jumping fences to skate abandoned swimming pools and being chased off staircases by police officers. Friedberg began skating in the ’80s and co-founded the influential 411 Video Magazine in the ’90s, showcasing short video parts by top skaters long before YouTube was even a kernel of an idea.

“It’s a pretty surreal juxtaposition of just my life in skateboarding,” Friedberg said about the Olympics coming around to the ultimate in counterculture sports. “I still get harassed by security guards, and I’m skating in the parking lot behind my grocery store. So, you know, it’s funny to have those two worlds colliding in such an interesting way.”

Mariah Duran, 24, will be one of three American women going to Tokyo to compete in street skateboarding. The New Mexico native was the top qualifier for the team, but she is fully aware of the dichotomy between the sport and some of its practitioners’ feelings about competition skating.

“A lot of people were, and are still, against it, because they just consider it like not to be a sport or whatever the case may be,” she told ABC News. “Skateboarding is for everybody, and … I have respect for whoever does it and for whatever level you take it to. I still feel like culture and skateboarding are still going to be the same, even if it’s going to be put on this platform.”

Both events at the Olympics will be judged; the difference is in the courses they are contested on. Street skateboarding takes place on a course inspired by real-world elements like staircases and rails along with benches, banks and ledges. Park is more similar to the concrete bowls, transfers and quarterpipes seen at many local skateparks.

“One of the main beauties of skateboarding is that there’s no rules, there’s no right way or wrong way that you have to do it,” U.S. park skater Heimana Reynolds, a Honolulu native, told ABC News. “And I think it’s so cool that every single skateboarder has their own specific style. Skateboarding it one of the best ways to express yourself.”

“My main message that I want to send back to the entire world is that skateboarding belongs in the Olympics,” Reynolds added. “We belong here, we are athletes. We get up every morning at 6 a.m. and we go work out, we train, we put our heart and soul into this sport and it belongs here.”

Competition has been a part of skateboarding since its early days — Friedberg cited the 1965 national championship, which was shown on ABC’s “Wide World of Sports” — but it’s only been discussed as a possible Olympic sport since the turn of the century. ESPN’s X Games first aired in 1994 and Tony Hawk’s famous 900 at the games in 1999 brought more mainstream attention to the sport. Snowboarding’s popularity at the Winter Games, after it was added in 1998, also likely contributed to the vote to approve skateboarding in 2016.

“The games had to be ready to accept skateboarding the way it was, and make sure that it was an authentic representation of the culture that we come from,” Friedberg said. “Because you know, this is not like other sports. And you know, that sounds a bit a bit cliche, but when you’re a skateboarder, you’re a skateboarder. And it’s the way you think, it’s the way you see the world. … So it’s nice to be at a point where the Olympic movement respects what we bring to the table, and are happy to showcase it in the right way.”

The sport was invented in America, but skateboarding has very much gone global. Still, the U.S. will have a very strong team in Tokyo.

Duran won the U.S. championship in street in 2019 and 2021 and took gold at the X Games in 2018. She’s joined on the street side by Alana Smith and veteran Alexis Sablone, who can match smarts with anyone at the Olympics, holding degrees from Barnard College and MIT. In women’s park, America is sending Bryce Wettstein, Brighton Zeuner and Jordyn Barratt.

“Mariah is skating so well right now. It was really fun to see her in Rome at the world championships,” Friedberg said. “In general, all of the skaters are stepping up, because now that, you know, on the women’s side, especially now that they’ve had the opportunity to compete for a couple years on a regular basis, the level of progression has just been incredible to watch.”

The U.S. women will be competing against a number of emerging young talents, especially from Japan and Brazil. Aori Nishimura, 19, and Momiji Nishiya, 13, took gold and silver, respectively, at the world championships in June and will be competing in front of their home fans. Brazilians Rayssa Leal, the bronze medalist at the world championships at just 13 years old, and Pamela Rosa, a veteran at 22 and the current leader in the women’s street world rankings, also will be tough to beat.

On the men’s side, Huston is the biggest star from any country going to Tokyo, but he’s not a lock in the street competition. He leads the world rankings and has won three of the last nine World Skate-sanctioned competitions, but Japan’s Yuto Horigome also has three wins in that time period and bested Huston at the world championships last month. Fellow Japanese skater Sora Shirai will also be a contender on his home soil. Jake Ilardi and Jagger Eaton round out the U.S. street team.

“Honestly, I think it’s super crazy to think about back when we were 8 and 6 years old how we were just loving skateboarding, you never would’ve thought we would get anywhere near where we are today,” Reynolds told ABC News as he sat down for an interview ahead of the games alongside Eaton. “So, to actually have that feeling of, ‘Dang, look how far we’ve come?’ It’s a pretty amazing feeling.”

“To have a friendship where we can build each other up and get to this point in contest skating, where we can be on the first Olympic team together, is pretty amazing,” Eaton added.

Reynolds currently leads the world rankings in park and will be the favorite in Tokyo. His top competition may be from his own teammate, Cory Juneau, who is second in the world rankings. In fact, a podium sweep is even possible with the third U.S. team member, Zion Wright, who won the last competition he was in on the Dew Tour in May.

Skateboarding is only officially in the Olympics in Tokyo and at the 2024 Games in Paris.

But Friedberg said he fully expects the International Olympic Committee to re-up skateboarding for 2028 when it would return to its birthplace in Los Angeles.

Many of the skateboarders that paved the way for its inclusion in the Olympics — Southern California natives like Tony Hawk, Lance Mountain and Stacy Peralta — will never get a chance to compete in the Olympics. But Friedberg said he hopes they can be honored.

“It’s really nice that people are recognizing the contributions of the legends that have been here,” he said. “It’s really a shame that … no one’s going to be able to be in Japan [because of COVID restrictions], because I think it could have been an incredible opportunity to really highlight the people who have built this world that we live in that’s now going to be showcased on the Olympic stage. But there will be many more opportunities to do that, and, you know, LA would be a great opportunity.”