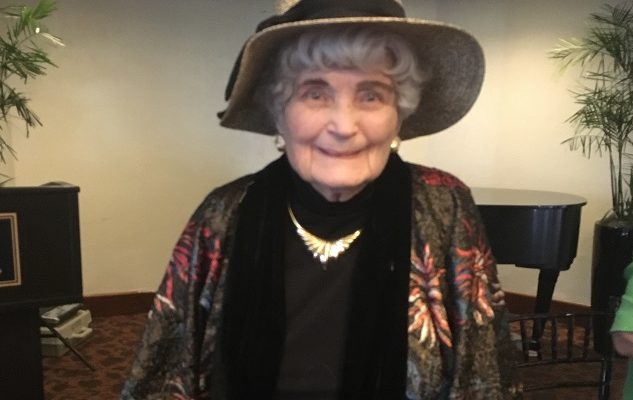 SAN ANTONIO (KTSA News) – Funeral services are set for the first woman to serve as mayor of San Antonio. Lila Cockrell passed away Thursday at the age of 97.

Public visitation will be from 6 pm to 8 pm Tuesday, September 3 at Mission Park Funeral Chapels North. The Funeral service is scheduled at 10 a.m. Thursday at Laurel Heights United Methodist Church on West Woodlawn with a public memorial at the Lila Cockrell Theatre.

Mayor Ron Nirenberg has asked organizations to lower their flags in recognition of Cockrell, who continued serving on boards and commissions after leaving office in 1991, most recently as president of the San Antonio Parks Foundation.

Flags will be flown at half-staff now through the time of interment.

“If there were a Mount Rushmore for our city, Lila Cockrell would be on it,” said Nirenberg. “I deeply valued our friendship, which started through a mutual appreciation for jazz music, the arts and our environment. Lila’s generosity with her time, knowledge and insight was incredibly helpful.”

After serving on the San Antonio City Council for several years, Cockrell was elected mayor in 1975 and served until 1981 when her husband became ill. She was succeeded by Henry Cisneros and was elected again in 1989 . She served until 1991 when County Judge Nelson Wolff Bexar County challenged her and won the race.

“It was a civil campaign,” Wolff said. “We became good friends and worked on numerous projects over the years, from the San Antonio River going south to the Museum of Art to city parks–all across the board.”

But Wolff believes her biggest contribution to the city was ushering in single member districts, the process of electing city council representatives from every part of town.

“She brought civility to the city and helped heal the wounds between the minorities and north side of town. It all started with Lila,” said Wolff.

Alamo Colleges board member Joe Alderete was a councilman when Cockrell was mayor.

“Lila had an amazing rapport with business leaders, council members and the staff,” said Alderete. “She knew how to work closely with folks in order to move goals and objectives and policies forward.”

“She ruled with compassion and understanding, which is something that everyone should practice in public leadership positions, and I was always impressed by that,” said Vera. “She possessed the leadership qualities that you would expect of someone in public service.”

“Our beloved  Lila Cockrell, one of our SAWHOF 1984 Founding Inductees and San Antonio’s first woman mayor, passed away this morning at age 97.  She was indeed a trailblazer, a woman who opened doors for others, who mentored, and who indeed served her community with compassion, love, and grit.  We will hold her life close to us and remember all of the times that she touched our lives and participated in various events with the SAWHOF.  Our thoughts and prayers are with her family and friends.”