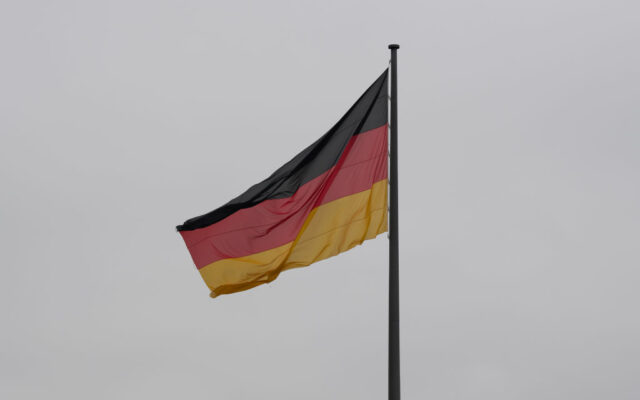 12 May 2021, Berlin: A flag of Germany waves in the wind. Photo: Paul Zinken/dpa-Zentralbild/dpa (Photo by Paul Zinken/picture alliance via Getty Images)

BERLIN (AP) — A gas station attendant in Germany was punched and kicked by a customer after an argument over the latter’s failure to wear a mask, police said Thursday.

The incident in Bremen on Wednesday came about a month after a gas station clerk was fatally shot in western Germany by a man who refused to wear a mask. Doing so remains mandatory in shops and some other indoor situations in Germany.

Police said the argument started when the 21-year-old customer walked into the gas station shop without a mask to pay for his fuel. The 67-year-old attendant pointed out that wearing a mask was obligatory and an argument ensued.

The customer then returned wearing a mask, punched the attendant and kicked him as he lay on the floor. He then fled, according to a police statement. The attendant was taken to a hospital for outpatient treatment.

The customer returned to the scene shortly afterward and handed himself in to police.