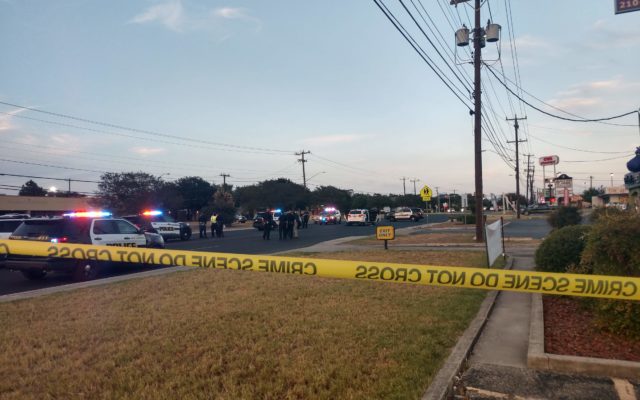 “This is a very, very active investigation.  But what I can tell you that there were two people who were innocently going about their day that were involved in a very, very violent incident,” San Antonio police spokeswoman Ofr. Alisia Pruneda told KTSA News.

San Antonio police say they got a call about a shooting in progress near the Long John Silver’s restaurant on Walzem Road at about 6 p.m. Saturday.

An 11-year-old girl was a passenger in one vehicle with eight people onboard — seven children and one adult — and the woman was a passenger in another vehicle behind that driving eastbound down Walzem Road passing the restaurant.

Bullets struck the vehicle, wounding both the girl and the woman.

The girl was taken to SAMMC in critical condition.

The woman was taken to the hospital in stable condition.

Police say a third car was between the Long John Silver’s and a pediatric dental practice on Walzem Road.

Witnesses told police that car was seen pulling out of the parking lot between the businesses, turned onto Walzem Road, and continued eastbound before crashing.  That man then ran away from the car and the crash scene.

Police currently believe he was being shot at, but the investigation has not fully confirmed that yet.  There is a possibility that he was the shooter.

Police are currently looking for that third party in the shooting, to determine whether that person needs medical attention or has more information about the shooting.