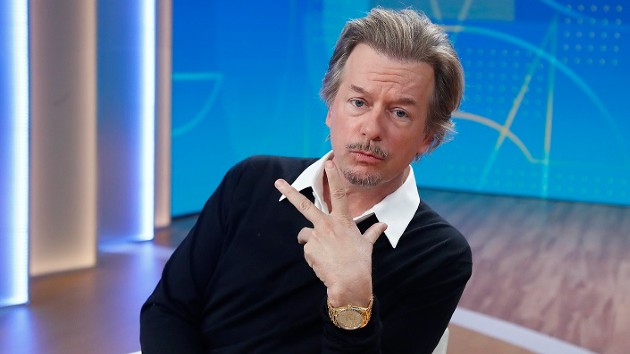 When Kevin Ford went viral earlier in the week for showing off his goodbye gift after 27 years of service to a Las Vegas airport Burger King, it got a lot of attention.

After all, for all his “loyalty…and never missing a day,” his SWAG bag was more than a little lacking: It included a movie ticket, a bag of Reeses Pieces, a Starbucks cup and a couple of pens, among other office bric-a-brac.

His daughter Seryna started a GoFundMe for the 54-year-old grandad, expressing he worked tirelessly and managed to raise his family and put four daughters through college thanks to his hard work — and the internet delivered.

The campaign has topped $46,000 as of late Friday morning — and to the grateful former employee’s surprise, one donor of $5,000 turned out to be David Spade.

For his part, TMZ reports, Ford was shocked to see that the “David Spade” on his list of benefactors was the David Spade from Saturday Night Live and Tommy Boy.

According to a screengrab of Instagram DMs between the two, Ford used the “mind blown” emoji, among other unprintable exultations. “Cannot believe this!!” Ford exclaimed, adding, “I think I might be able to take a day off,” to which Spade replied, “Wait until year 30.”

Ford then joked, “Damn, Are You One Of My Managers?”

The dedicated worker tells the gossip site that he intends to spend some of the donors’ generosity to visit his grandkids in Texas and buy a hybrid car.