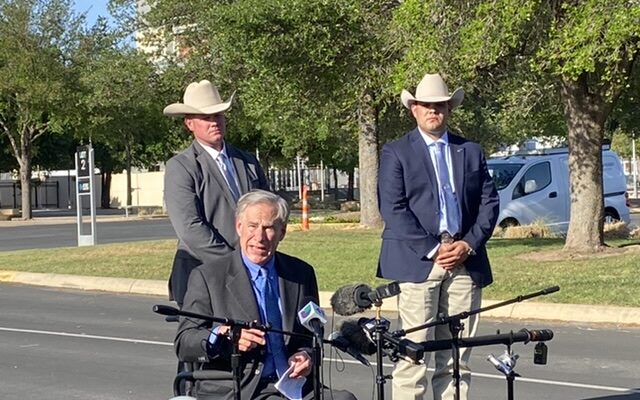 At a news conference outside the Coliseum Wednesday afternoon, Abbott said two state agencies had received complaints that there aren’t enough staff members to properly care for and supervise the boys being housed at the Expo Hall.

This was Abbott’s first visit to Freeman Coliseum since the shelter opened, but he did not go inside himself to check on conditions at the Expo Hall  where nearly 1,400 boys ages 13-17 are being temporarily housed.

“It would be the Rangers who should go in and conduct the investigation.  If they are not allowed in without me, I’ll be going,” he said.

“The Biden administration must immediately shut down this facility.  The children in this facility should be moved to other federally-run facilities were the federal government has the space, personnel and resources to ensure their safety, ” said Abbott.

Clay-Flores  has toured the facility as an elected official and has volunteered there on weekends with members of her church.

“The conditions are sanitary and good,” she said.  “If anyone is found to have COVID, the children are immediately separated in a totally different area.”

She suggested the allegations brought forth by Gov. Abbott are politically motivated.

“Anyone who’s worked with children knows we can always use more help, but what I saw when I was in there on several occasions,  it is well-staffed, the kids were very happy, and they’re very grateful and excited to be here,” she said.