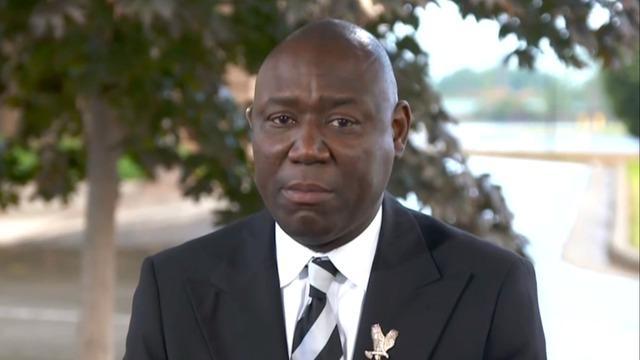 ▶ Watch Video: Family of Breonna Taylor demands release of evidence in case
Kentucky Attorney General Daniel Cameron said Monday night that he will release the recording of the grand jury proceedings in the case of Breonna Taylor to the court on Wednesday. It is not clear when the recording will be available to the public, though his statement indicated he would not try to prevent it from being publicly released.

“The Grand Jury is meant to be a secretive body,” Cameron said in a statement to CBS News. “It’s apparent that the public interest in this case isn’t going to allow that to happen.”

The judge’s order comes as part of the case against former detective Brett Hankison, the only person the grand jury charged. While none of the officers involved in Taylor’s fatal shooting were charged directly in her death, Hankison was charged for firing his gun outside of Taylor’s apartment.

Court filings are generally public documents — and multiple attorneys told CBS News that Cameron is unlikely to file a motion to seal them given his new comments. The recording will likely include what the Cameron’s office presented to the grand jury, as well as any possible witness testimony.

The grand jury’s decision not to charge any of the officers in Taylor’s death sparked nationwide outrage and days of protests. Grand jury proceedings are typically not made public, but Breonna Taylor’s family and their attorneys have for days called for their release, claiming that the attorney general’s announcement last week of the charging decision left out crucial details about what evidence was shown to the grand jury and how it was presented.

One of the major points of contention is whether officers announced themselves before entering Taylor’s home for a drug raid in March. Officers said they did, but Taylor’s boyfriend, Kenneth Walker, said that they did not, and that he only fired at them because he thought they were trying to break in.

Cameron said last week that a witness said they’d heard officers announce themselves — but family attorney Benjamin Crump told “CBS This Morning” that his team had spoken with 12 witnesses who said they did not. Crump said it’s vital to know if the jurors heard from all of the witnesses, or only the person Cameron mentioned in his announcement.

“If Daniel Cameron only presented his perspective and didn’t present the other 12 neighbors, he has unilaterally made a decision on whether or not Breonna Taylor would ever get due process, whether she would ever get justice, and that is not right,” Crump said.

In his Monday night statement, Cameron said he’s confident the recordings will support the validity of the grand jury’s decision.

“We have no concerns with grand jurors sharing their thoughts on our presentation because we are confident in the case we presented,” Cameron said in the statement. “Once the public listens to the recording, they will see that over the course of two-and-a-half days, our team presented a thorough and complete case to the Grand Jury.”

Cameron’s announcement comes just hours after one of the grand jurors accused him in a legal filing of “using the grand jurors as a shield to deflect accountability and responsibility for these decisions.” The accusation came as part of a motion asking the court both to release the full grand jury proceedings, and to allow members of the grand jury to speak about some parts of the case.

Cameron said in his statement that the release would satisfy the anonymous juror’s request.

In the notice, the juror said Cameron “attempted to make it very clear that the grand jury alone made the decision on who and what to charge based solely on the evidence presented to them.”

The juror also asked the court for permission to share “details surrounding the actions outside of those recorded proceedings and anything that did NOT happen in the grand jury proceedings.”

The attorney representing the juror did not immediately respond to CBS News’ request for comment.