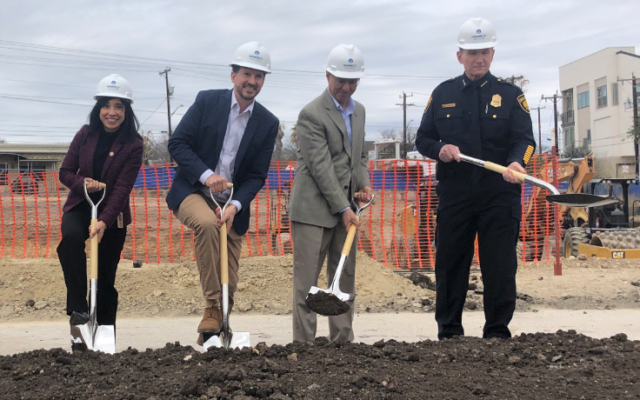 “We are about to see the beginning of a brand new landmark here on North St. Mary’s Strip. It will be a fully functioning police station. It will have patrol, property crimes, crisis response team, and 28 new positions,” said Chief McManus.

The new station will occupy 24,ooo square feet and will include a community room for different types of gatherings.

Beyond the obvious characteristics of a new government building, this police station is being built with the surrounding neighborhood in mind.

“We invited people from the neighborhood together to come in and give their feedback on what the fence should look like, what the outdoor space looks like as far as vegetation, what the curb appeal is going to be, how high the building is going to be, and what kind of art we’ll have on the exterior of the building,” said San Antonio Councilman Mario Bravo.

The new station will be two stories tall and it is expected to be finished by early 2024.