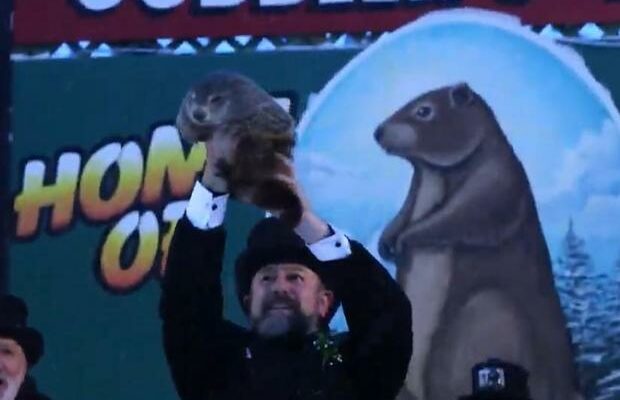 Pennsylvania’s most famous groundhog on Tuesday emerged from the snow and saw his shadow, declaring there would be six more weeks of winter. At sunrise on Groundhog Day, members of Punxsutawney Phil’s top hat-wearing inner circle revealed the cuddly oracle’s prediction — his 135th, according to the Pennsylvania Tourism Office.

The spectacle that is Groundhog Day at Gobbler’s Knob in Punxsutawney, Pennsylvania, went on but this year, it was all virtual because of the coronavirus pandemic.

The annual event has its origin in a German legend that says if a furry rodent casts a shadow on February 2, winter continues. If not, spring comes early.

Last year, Phil predicted an early spring. According to records dating back to 1887, the Pennsylvanian prognosticator has predicted more winter more than 100 times.

Groundhog Day is a 135-year tradition in Punxsutawney and doing it without a crowd has some real world consequences.

Jeff Lundy, the president of the Groundhog Club, told CBS Pittsburgh: “I’ve been doing this for a long time. I did not really understand the economic impact until now. And now I see it, because so many businesses they don’t depend on on Groundhog Day, but it really is that extra income that you may not get so it has had a, it has had a very, very negative impact on the community.”