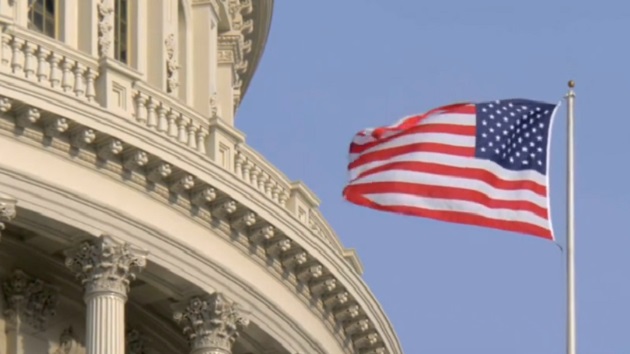 The bill, crafted in the wake of devastating mass shootings and on the one-month anniversary of the Robb Elementary School massacre in Texas that left 19 young children dead, is the first major piece of gun reform to clear Congress in decades.

The final vote was 234-193, with 14 Republicans joining all Democrats in supporting the bill. Applause could be heard in the chamber when House Speaker Nancy Pelosi called the vote.

The president has praised the bill, despite having called on lawmakers to pass stronger restrictions like a ban on assault weapons and high-capacity magazines.

“This bipartisan legislation will help protect Americans,” Biden said in a statement after the Senate passed the legislation on Thursday. “Kids in schools and communities will be safer because of it.”

Fifteen Republicans in the Senate, including Republican leader Mitch McConnell, voted in favor of the bill.

The measure makes enhancements to background checks for potential gun buyers under the age of 21, requiring an “investigative period” to review juvenile and mental health records.

It also closes the so-called “boyfriend loophole.” Under current law, those convicted of domestic violence are prohibited from purchasing a gun if they are married to their partners or live with their partners. But under this bill, individuals in “serious” “dating relationships” will also be unable to buy guns for at least five years if they are convicted of abuse.

Millions of dollars would also be allocated to incentive states to pass “red flag” laws to remove guns from people deemed to be a danger to themselves or others, as well as other intervention programs or mental health services.

The House previously passed numerous gun reform packages; however, the Senate never took up the legislation due to Republican opposition.

The most recent package passed in the House earlier this month went much further than the Senate package. The legislation raised the minimum age to purchase firearms and banned ghost guns and large-capacity ammunition magazines, among other gun safety protections.

“This is a compromise. Surely not everything I want, and it’s not everything Republicans won. But it’s the first opportunity we’ve had in decades to do something worthwhile to prevent gun violence,” said Rep. Jim McGovern, D-Mass.

But other Democrats said the package didn’t go far enough.

“While I know that some are celebrating progress today, I am certainly not,” Rep. Norma Torres, D-Calif., emotionally said during Friday’s Rules Committee meeting. “This bill before us today is the bare minimum and we should be embarrassed. The bare minimum to protect children that are being murdered while learning their ABCs.”

Pelosi and other Democrats gathered on the steps of the United States Capitol before the vote to celebrate the legislation.

“I say to my colleagues: while it isn’t everything we would have liked to see in legislation, it takes us down the road, the path to more safety, saving lives,” Pelosi said. “Let us not judge the legislation for what it does not do, but respect it for what it does.”

The passage of the gun safety bill comes just one day after a major Supreme Court decision expanding gun rights.

The court’s conservative majority struck down a 100-year-old New York law that restricted the concealed carry of handguns in public to only those with a “proper cause.” Justice Clarence Thomas wrote in the opinion that the Second and Fourteenth Amendments protect an individual’s right to carry a handgun for self-defense outside the home.