Half of US adults now fully vaccinated against COVID-19: CDC 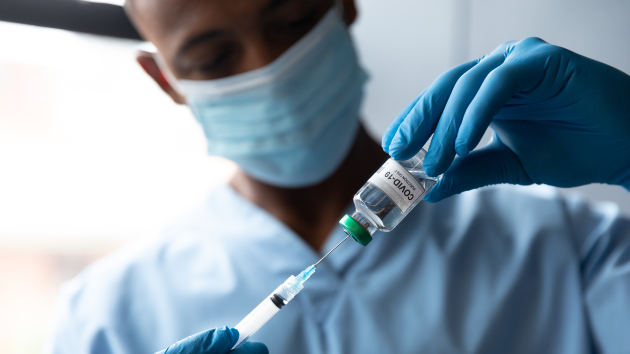 (WASHINGTON) — The U.S. passed another major milestone Tuesday in its race to vaccinate the population against COVID-19.

Half of U.S. adults — more than 129 million people — are now fully vaccinated against the virus, according to data from the U.S. Centers for Disease Control and Prevention.

The CDC data also shows that 49.5% of Americans of all ages, roughly 164 million people, have at least one vaccine dose.

The entire country opened up vaccinations to anyone over 16 in the middle of April, and approved the Pfizer vaccine for anyone over 12 nearly two weeks ago. Children under 12 are not yet eligible for coronavirus vaccines.

As of Tuesday, about 131 million Americans, roughly 39% of the country’s entire population, are fully vaccinated against the virus, according to the CDC.

The White House coronavirus response team heralded the 50% vaccination threshold at a briefing Tuesday, calling it a “major milestone” and applauding every American who has played a role.

“The progress that we have made … is due to all of you who have gotten vaccinated, who have contributed not only to your health but to mine and my family’s and my friends’ and yours, and the health of people who can’t get vaccinated because of their medical condition,” COVID-19 adviser Andy Slavitt said at the briefing. “You’ve contributed to our country.”

Vaccination rates vary among the states. There were nine states — New Mexico, Vermont, Hawaii, New Hampshire, Massachusetts, Connecticut, Maine, New Jersey and Rhode Island — that had 70% of their adult population vaccinated as of Sunday, according to CDC data.

COVID-19 cases and deaths have been on a major decline since vaccines have been made more available to the public.

Several states have reopened their economies and dropped their mask mandates only for individuals who are fully vaccinated.

Many states, however, are dealing with a drop in vaccine demand.

Health officials and other leaders are encouraging any eligible American to schedule their vaccination appointments as soon as possible to keep reducing the number of cases.

Anyone who is looking for an open vaccine appointment can log onto vaccines.gov for more information.