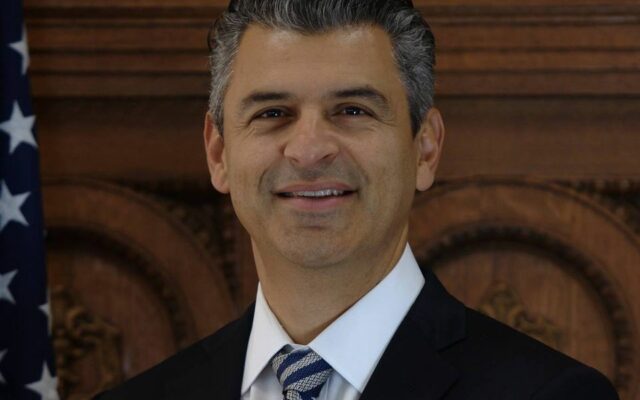 SAN ANTONIO (KTSA News) — The Hays County Judge is calling on the FBI and state agencies to investigate the Hays County Sheriff’s failure to respond to Friday’s incident involving a Joe Biden campaign bus and some Donald Trump supporters.

Judge Ruben Becerra wants the FBI to look into why County Deputies never responded when the bus was surrounded by vehicles driven by Trump supporters. The Judge claims the Sheriff’s Office failed to respond to the 9-1-1 call. He also wants to agency to investigate the Hays County Constable’s Office and the San Marcos Police Department.

Hays County Sheriff Gary Cutler released a statement which indicates that section of IH-35 is actually handled by the San Marcos, Kyle and Buda Police Departments.

The Sheriff’s Office doesn’t respond to incidents on the highway unless assistance is requested by those police departments.

He also noted that deputies were on the scene of a motor vehicle accident with injuries and wouldn’t have been able to respond in time and adds that his office was never notified about the visit in advance.

Cutler calls the Judge’s comments “irresponsible and without merit”.

The Biden bus canceled stopovers in San Marcos, Pfluegerville and Austin after the incident.

San Marcos Police say they are collaborating with the FBI’s investigation of what happened.

They are investigating a report that one of the trucks driven by a Trump supporter made contact with a vehicle operated by a Biden campaign staff member.

The paint swap appears to have taken place within San Marcos city limits but neither vehicle stopped and officers weren’t able to catch up the the Biden bus.

They say after looking at video footage of the incident, the driver of the vehicle driven by a Biden campaign staff member appears to be at fault. Police haven’t been able to make contact with the driver.

They will continue to investigate.