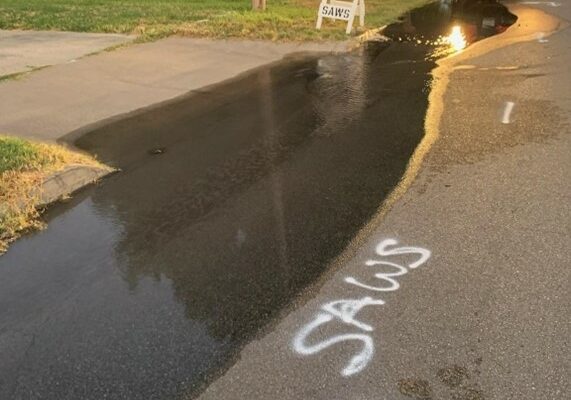 San Antonio Water System says they had more water line breaks in July than in any other months in SAWS history.

So what’s causing all of the cracks to the conduits? SAWS says it’s the intense heat combined with the city’s elastic soil.

The combination creates a lack of support for the waterlines which will start to shake and eventually break when large volumes of water pass through.

SAWS says they are contracting extra crews to make the repairs.

But due to the large volume of breaks and crews having to work when it’s not as hot, the repairs are taking longer to complete.

The agency released the following statement:

“Due to prolonged periods of record heat and extreme drought conditions, SAWS is experiencing an unprecedented number of water leaks or main breaks. Our staff are working 24/7 to safely repair leaks and main breaks, taking necessary heat-related precautions. In some cases, we may not be able to provide an exact timeframe to make repairs. Thank you for your patience.”