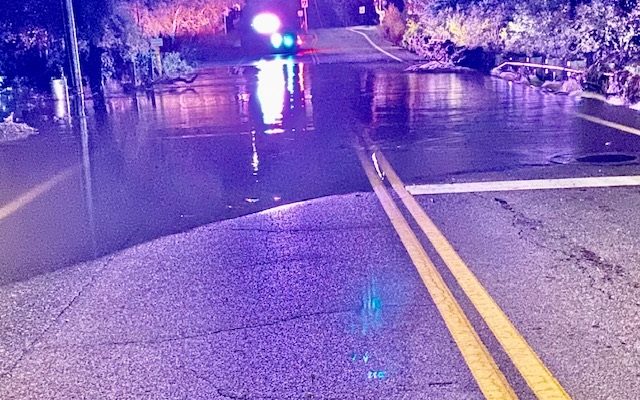 SAN ANTONIO (KTSA News) — A round of intense rain storms are creating some major headaches as San Antonio area residents head back to work.

Rain falling at several inches per hour has forced the closure of dozens of area roads.

Callers are sharing their stories with KTSA’s Ware and Rima show Monday morning, letting listeners know where the closures are and how long they’ve been waiting to get to where they need to be.

First responders have had their hands full with crashes and water rescues from drivers who attempted to get over flooded roads.

A majority of the problems are being reported from the Northwest, West and Southwest sides with some downtown flooding happening as well.

There is a Flash Flood Warning in effect for the region until 9:30 A.M. but residents are being warned that the standing water may impact your commute for several hours as the ground is saturated from recent heavy rains.

The weather forecast is calling for rain to fall on the area through the rest of the week with the potential for flooding.

You can get updates from Bexar County at bexarflood.org.