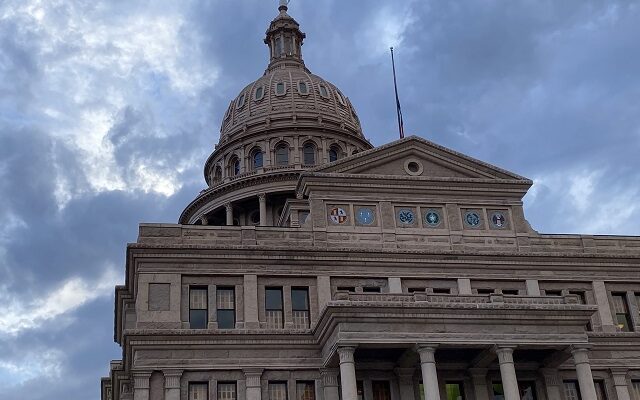 SAN ANTONIO (KTSA News) — The clean up continues at the Texas State Capitol. Heavy rain pounded Austin Sunday and it caused minor flooding in the building.

Gov. Greg Abbott sent out a tweet that the State Preservation Board was on the case and that it was “all hands on deck”.

According to the National Weather Service the area had two to three inches of rain in one hour.

No word yet on whether the building was damaged.

The flooding isn’t going to stop the second special session of the state Legislature. That will continue today as scheduled.