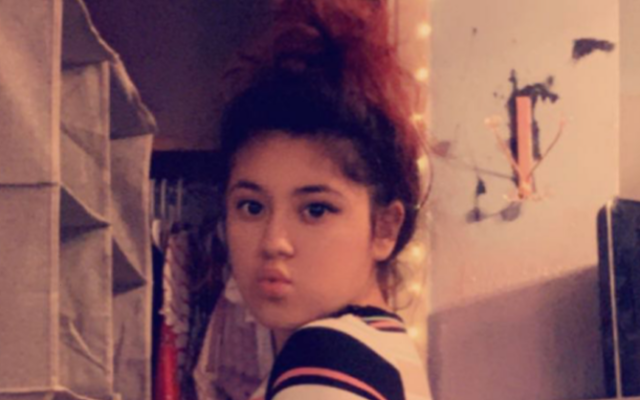 SAN ANTONIO (KTSA News) — The Bexar County Sheriff’s Office is asking for the public’s help searching for a missing person.

The sheriff’s office said it is looking for 15-year-old Emerald Villarreal, who it says is a runaway.

She was reported missing early Monday morning from the 16000 block of Belen Street.

Emerald is described as standing 4’11”, weighing 110 pounds, has brown hair and eyes and has a circular scar on the inside of her left forearm.

She was last seen wearing a red or purple t-shirt with black shoes.

The sheriff’s office warned that anyone found to be harboring Emerald may be charged with Harboring a Runaway or Interfering with Child Custody.

If you know where she is, you are asked to contact the sheriff’s office by calling 210-335-6000 or emailing [email protected]