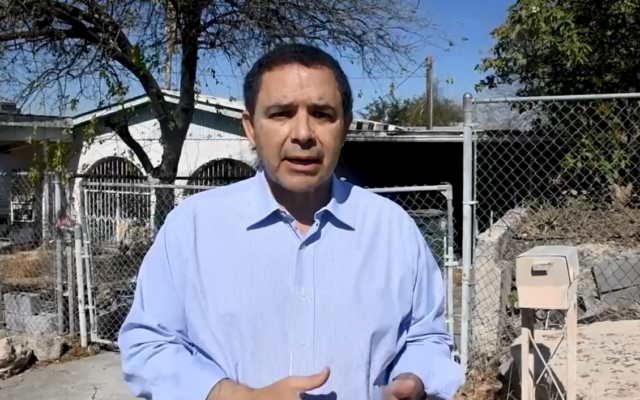 SAN ANTONIO (KTSA News) — U.S. Rep. Henry Cuellar announced today he is cooperating with the FBI at the same time he vowed to win his re-election campaign.

“Let me be clear, I am seeking re-election and I intend to win,” Cuellar said.

In a video posted to social media, Cuellar said that the investigation is still ongoing “that will show that I did not do anything illegal.”

The video was posted nearly a week after the FBI conducted a court-ordered raid of  both his home and campaign office last Wednesday night.

“I’m always doing things honestly, ethically and the right way,” Cuellar said in the video, standing in front of his childhood home in Laredo.

A statement from Congressman Cuellar: