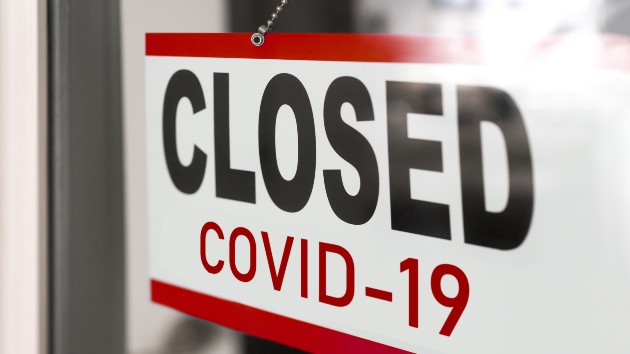 (NEW YORK) — As the U.S. economy slowly recovers from the devastation brought on by the coronavirus pandemic, a new reality is setting in that many of the jobs lost over the past seven months may not be coming back any time soon.

New research released Thursday by jobs site Glassdoor examined some of the hardest-hit positions during the pandemic and warned that even with a vaccine and the virus under control in 2021, a handful of these jobs could take a long time to return — if they do at all.

The company compared the number of job openings listed on its site in October 2020 with the same time period last year to find the jobs most “at risk” from COVID-19.

The top five titles on its list of jobs most at risk due to the pandemic were audiologist (which saw a 70% decline in hiring during the pandemic), event coordinator (which fell by 69%), product demonstrator (which suffered a 63% drop), optician (which plummeted by 61%) and chef (which declined by 56%).

The next five job titles on the list were executive assistant, beauty consultant, valet, stylist and coach — which all had around a 50% drop in job openings on Glassdoor during the pandemic.

“One theme is that there are some jobs where the hiring is down because COVID-19 is in the driver’s seat of the economy, and they will not come back until health concerns are alleviated,” Glassdoor Chief Economist Andrew Chamberlain told ABC News. This includes jobs in personal services and in discretionary health care (such as the eye or ear doctor), according to Chamberlain.

“It’s just so clear that health policy is the same as economic policy for now,” Chamberlain said.

While many industries will likely see scarring from the pandemic, some jobs face new threats as consumer preferences change.

“Some of the jobs on here that are likely to never — you can never say never — but will not likely not come back for years, are jobs that will be impacted by automation during the recovery,” Chamberlain added. “This always happens during a recession where companies lay off employees and when they rebuild their workforce they have a chance to rethink.”

Chamberlain predicts jobs for administrative assistants and receptionists or human resources generalists will not be coming back anytime soon, saying “there has been massive innovations in artificial intelligence” in those sectors.

Finally, another job category that may not come back for a long time is in-person retail roles, including product demonstrator and brand ambassador, Chamberlain said.

“There been a massive wave of buying e-commerce that I think is going to stay with us even after COVID-19 is gone,” he said.

Chamberlain said his best advice to workers in those fields that face a difficult job market is to “look outside of your industry to jobs that use similar skills to what you already have.”