House leaves for October recess without deal on COVID-19 bill 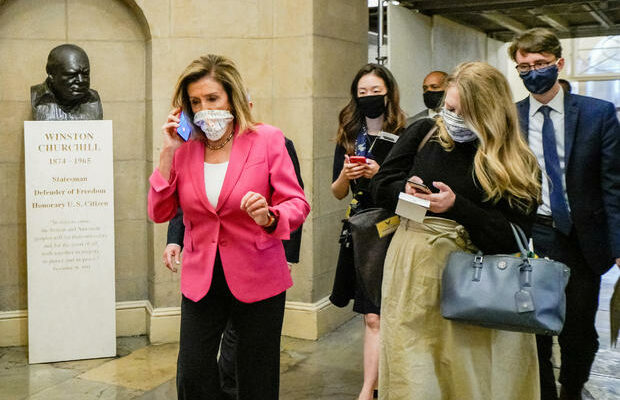 ▶ Watch Video: How Congress is reacting to President Trump’s COVID-19 diagnoses
The House has adjourned for October recess so members may return to their districts to campaign ahead of Election Day, even though congressional Democrats have not reached a deal with White House officials for a coronavirus relief bill.

Pelosi said in a letter to her Democratic House colleagues on Friday afternoon that she and administration officials remained far apart on certain issues. Pelosi and Treasury Secretary Steven Mnuchin spoke several times this week to negotiate, and met in person at the Capitol on Tuesday.

“Our negotiations with the Administration continue, and I am hopeful that we can reach agreement. However, we still have significant disagreement in key areas,” Pelosi wrote. She said that she and administration officials differed on unemployment insurance benefits, schools, state and local funding, a child tax credit, testing and tracing, and appropriations.

“We are expecting a response from the White House on these areas and others with more detail.  In the meantime, we continue to work on the text to move quickly to facilitate an agreement,” Pelosi said.

Pelosi told reporters on Thursday that Democrats and the Trump administration were still far apart on issues including funding for state and local governments, and there is “a stark difference not just of dollars, but of values.”

The House narrowly passed a $2.2 trillion aid bill on Thursday evening, a slimmed-down version of the $3.4 trillion relief bill the House passed in May.

The legislation is unlikely to pass in the Senate, as the Republican majority is unwilling to consider a proposal that costs more than $2 trillion. Senate Majority Leader Mitch McConnell said Wednesday that “the thought that Senate Republicans would go up to $2.2 trillion is outlandish.”

In her letter to Democratic colleagues, Pelosi also offered her thoughts and prayers to President Trump and first lady Melania Trump, who have tested positive for the coronavirus.

“This is a sad day for our country, knowing that more than 7 million American families have faced the same worry after their loved one has been infected, and more than 209,000 have died,” Pelosi said.