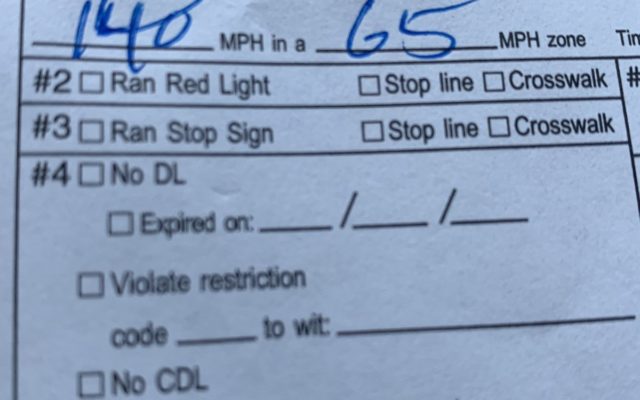 HOUSTON (AP) — Houston’s police chief says he set a new personal record when he issued a ticket to someone who blew past him going 140 mph.
Chief Art Acevedo told the Houston Chronicle the Dodge Viper “almost took my doors off” as Acevedo was driving on a highway Friday. He sped after the Viper in his police SUV, topping out around 120 mph.
The speed limit was 65 mph.
Acevedo said on Twitter that he could have arrested the driver, but because of the “totality of the circumstances, including flow of traffic, etc.,” decided to just write him a ticket. The fine is $304.
Acevedo says his previous personal record for a high-speed ticket was 130 mph in a 55 mph zone.