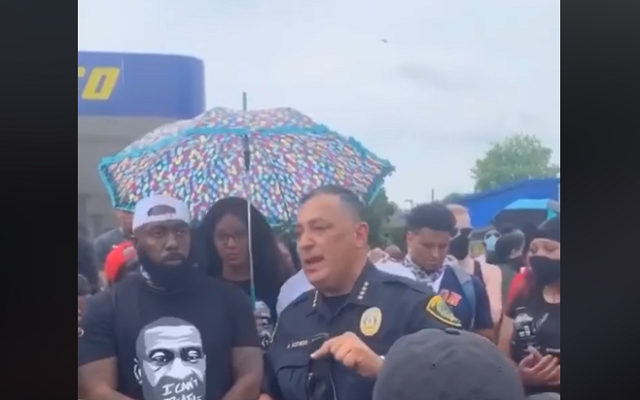 SAN ANTONIO (KTSA News) – A video, which shows Houston Police Chief Art Acevedo making a fiery, passionate plea to protesters to keep the peace  has gone viral. He tells them he understands their anger over the death of George Floyd at the hands of a Minneapolis police officer who has now been charged with murder and manslaughter. Floyd was originally from Houston’s Third Ward.

“How do you keep a knee on a man’s neck when he is calling out for his mama?” I am telling everybody in this  country, if you ain’t got  a f****** problem with that you are the g** d*** problem,” Acevedo said in the video.

“We will march as a department with everyone in this community…But I will not allow anyone to tear down this city.”