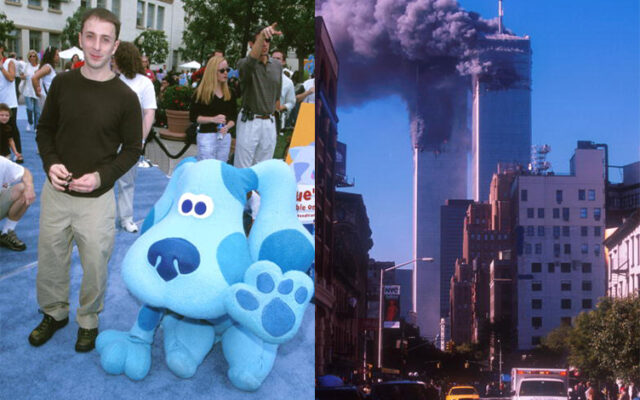 There are moments in our lives where things change in an instant, often when they are least expected.

On this day 20 years ago, I was a kid on eastern Long Island in the early days of my fifth-grade school year.  I found out what had been going on in Manhattan that morning through a mildly-panicked 50-something year old teacher hearing the news herself from the muffled school public announcement system.  She pulled out her cell phone from her purse in the back of the classroom to call her adult kids who were in the city.

At the same time back at home, my dad — a New York City police officer at the time — had just gotten home from his overnight shift in Queens.  My mom was on the road to the western part of our county to start her new job.  My recollection isn’t 100 percent clear about how my mom first learned of the news — either she heard it on the radio or her new boss had called her to inform her of what was going on.

She called my dad to see if he needed to go back into the city to work.  My dad didn’t know what was going on when she called — he was sitting on the living room couch with my preschool-aged brother watching Blue’s Clues, completely unaware of what was happening.

It wasn’t long after that he got the call from the supervisors saying he needed to come in.  My parents swapped my brother as they crossed paths in their suddenly changed plans.

My father would spend the next few weeks at the site of the World Trade Center.  Some days were spent helping with the “bucket brigade”, other days processing the fingerprints of the body parts recovered from the wreckage.  Each night, he would return home and you could smell the stench of Ground Zero.

My mom ended up never working at that job she was set to start on September 11, 2001.

It has been interesting for me to hear people talk about the question of what those under 30 — though, I technically don’t qualify — remember about the day and how they will remember the events of September 11th.  Over 25, I’m sure many do.  Under 25, very unlikely.

I remember most of it: the ponderous chatter among classmates about what was going on, the ride back home in an almost empty school bus, my neighbors offering to help my parents should it be needed, and the television coverage that night.

And with a little help from Steve Burns this week, the odd twist in the tale of my family’s 9/11 experience.