How our tax codes let the rich get richer: ‘We need better tax laws’ 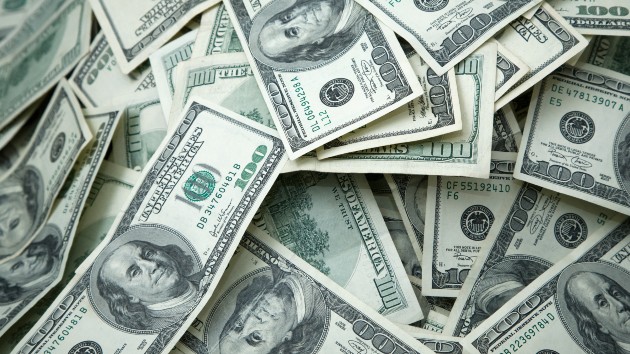 (NEW YORK) — A day after the world’s wealthiest man announced he was fulfilling a lifelong dream of going to space via a flight from his own private company, a bombshell investigative journalism piece reported that the billionaire “did not pay a penny” in federal income taxes in 2007 and 2011.

Amazon CEO Jeff Bezos, founder of the private space-faring firm Blue Origin and the richest man in the world according to Bloomberg data, was among the billionaires whose tax returns were obtained and analyzed by the nonprofit news organization ProPublica.

The ProPublica article reported that the ultra-wealthy were able to avoid paying income taxes, despite their net worths increasing dramatically, via legal accounting maneuvers. While the median American household paid 14% of their income in federal taxes, according to ProPublica, the wealthiest 25 Americans had a “true tax rate” that on average came out to 3.4% of the amount their wealth grew each year between 2014 and 2018.

Bezos had not been accused of breaking any tax laws in the ProPublica reporting, which was based on a trove of IRS documents obtained by the news organization from an unnamed source. ABC News has not independently obtained the individuals’ private tax information. A Bezos spokesperson did not respond to ABC News’ request for comment.

The findings left many questioning how the U.S. tax code could allow the nation’s top earners to legally avoid income tax despite their growing riches at a time when the gulf between the haves and have-nots continues to widen. One of the main issues is what the tax code treats as income.

“This is a function of our income tax system, which has been around for a century,” Steve Rosenthal, a senior fellow at the Urban-Brookings Tax Policy Center, told ABC News. “We don’t have a wealth tax, we have an income tax.”

“The income tax is tilted in favor of the rich and capital holders over workers, and the rich are different than you and I, they hold a lot of capital and we tax that capital lightly,” Rosenthal added. “We wait for them to actually sell their assets before paying a tax.”

However, one of the issues with reform, such as taxing unrealized gains, is that many average taxpayers benefit from the same provisions that allow the ultra-wealthy to significantly lower their tax burden.

The wealth of the ultra-rich tends to be more tied up in stocks compared to working-class Americans who may store their money in a bank or elsewhere.

The wealthiest 1% of households in the U.S. own more than half of all the publicly-traded stock in the market, according to Federal Reserve data, and the bottom 50% own less than 1%. As the value of stocks held by these titans rises, their net worth can increase dramatically — but they don’t have to pay taxes on these wealth gains unless they sell the stocks.

By contrast, even paltry earnings on a traditional savings account, with interest rates at a fraction of a percent, can be taxed if they surpass a certain level.

“It’s one of the reasons that the rich can amass so much wealth without having to share large chunks of it with the government,” Rosenthal said.

While some may think that laws are being skirted, “It’s perfectly legal,” said Rosenthal.

“The IRS only enforces the laws that are on the books,” he added. “Congress needs to change the laws if we don’t like the outcomes.”

President Joe Biden has proposed increasing capital gains taxes on those who earn over $1 million dramatically to bring the rate into line with regular income.

The billionaires also reportedly used other legal methods to bring down their income tax rates, such as reporting “previous losses” and deducting philanthropic giving, according to Garrett Watson, a senior policy analyst at the non-profit, non-partisan Tax Foundation.

“There are a variety of provisions in the tax code that let all taxpayers, including the folks at the top here, reduce their taxes that are owed,” Watson told ABC News. “If someone had a large loss in a given year, which can happen particularly with business income, they may offset some of their tax that they would otherwise owe because they have that loss.”

“That’s one thing that can explain some of it, the second are other provisions of the code that we’ve created to incentivize certain behavior,” he added. “One that’s big is the charitable contribution deduction that folks can use to give to causes they believe in, but then also reduce how much tax they’re paying on their income.”

Finally, the ProPublica article outlines how the ultra-rich can avoid paying taxes by purchasing assets that go up in value and then borrowing money against that asset to consume without paying a tax.

While income and stock sales are taxed, taking out a loan provides tax-free access to cash — and for the ultra-wealthy will likely come with single-digit interest rates. This “buy, borrow, die” approach also lets the rich pass on their assets that have accumulated unrealized gains to heirs while avoiding paying taxes on those wealth gains.

Watson warned that rushing to tax unrealized gains in an effort to make the ultra-rich pay a seemingly fairer share of taxes could potentially put undue burden on others — such as homeowners who have seen the value of their home rise due to the market.

Pursuing a progressive consumption tax — taxing based on consumption rather than income — could be a better policy approach to raising the taxes the wealthy pay, Watson argues, and comes with less administrative and economic challenges than imposing a wealth tax.

Watson and colleagues argued in a blogpost that wealthy households could not employ the “buy, borrow, die” strategy under a consumption tax that includes financial activity, because the household would be subject to tax on consumption, including with the borrowed funds.

Rosenthal added that there are “constitutional limitations to moving more towards a wealth tax.”

“Not to say that we should not amend our Constitution, but in the current framework it’s hard to collect taxes on wealth,” he said, referencing a debate that has raged in recent years.

Rosenthal said that Biden’s proposal to tax unrealized gains at death, however, seems “perfectly sensible.” Some Republicans, however, blast this as a tax on death, Rosenthal said.

If someone owns stock at a small tech company that then grows into a tech giant such as the social media and e-commerce firms that have made some Americans into billionaires, that stock could go from being worth zero to being worth, for example, $500 million, Rosenthal said.

Under the current system, “That $500 million of gain would escape taxation completely if he held it until death, and then passed it on to a child,” Rosenthal said.

He argued a tax on unrealized gains at death “will make sure that all gains get taxed — and it will reduce the billionaires’ incentives to keep holding that stock in the hope of escaping taxation completely.”

“We live in a fantastic democracy and that fosters economic and political freedom and in our country just thrives on that,” he said. “But taxes are the price of democracy.”