Husband of “Tiger King” star arrested for DWI in Texas 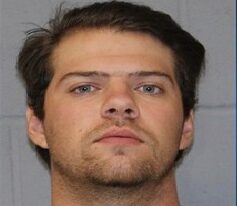 SAN ANTONIO (KTSA News) — He tried to pull the old “don’t you know who I am” bit with police…and it didn’t work.

The husband of “Tiger King” star Joseph Maldonado-Passage, also known as Joe Exotic, has been arrested for drunk driving in Travis County.

Dillon Passage was driving in Manor early Sunday when police pulled him because his rear lights were off.

It became pretty obvious to the officer that Passage had been drinking, the red eyes and slurred speech were a giveaway.

Passage admitted to the officer that he may be a “bit intoxicated” after having a few beers at a bar.

He was probably hoping to get off easy when he told police he was married to Joe Exotic and that he appeared in the Netflix series “Tiger King”.

He’ll have to tell it to the Judge. Passage was charged with DWI with bond set at $3,000.

“Regardless of social status, The Manor Police Department will treat every person fairly and enforce violations of law no matter who the violator may be. Driving while intoxicated is a dangerous violation that takes the lives of innocent people to include the young lady who was killed less than a mile from this incident location just days before.”