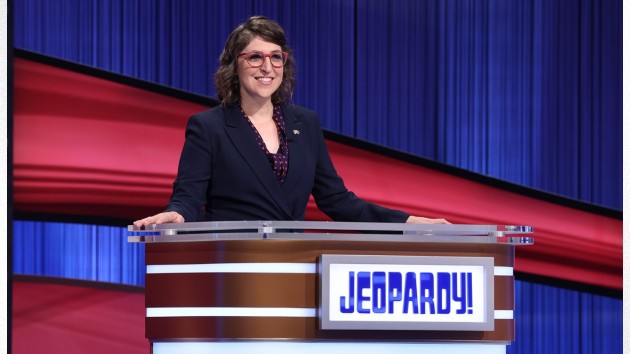 Following the ouster of former host and executive producer Mike Richards from Jeopardy! after controversial comments he made on a podcast resurfaced, it was announced Mayim Bialik and Ken Jennings would complete this season’s shows while the search for a permanent replacement for the late Alex Trebek continues.

In a Newsweek essay, Bialik shed some light on how she got the “dreamy” job, recalling it was her 15-year-old son who first told her the Internet was buzzing that she should guest-host the show.

“I had to learn all the rules and the language of the show,” Bialik recalled. “I was terrified,” but adds, “I had a spooky — but positive — feeling…’I don’t want to leave.’”

“I was also sure that someone newsy, like Savannah Guthrie, was going to be made the permanent host, so a lot of the buzz about me…went in one ear and out the other,” said Bialik.

Eventually, Richards was named the new host and Bialik was tapped to host special episodes of the game show. But everything changed when Richards stepped down.

“Of course I was in touch with Mike as he was my boss at that time, and I don’t wish ill on him, or anyone,” said Bialik. “My first response…was to say… ‘How can I help?’”

Bialik says she feels “very honored” by the opportunity, noting, “It’s been as dreamy as it was for the two days that I guest hosted.”

The Big Bang Theory vet explained, “There will never be another Alex…It’s important not to try and be him, because you can’t…”

That said, Bialik admits, “I joke that I would give up my first child to host permanently! I think my son and I have a close enough bond that he will come back to me!”