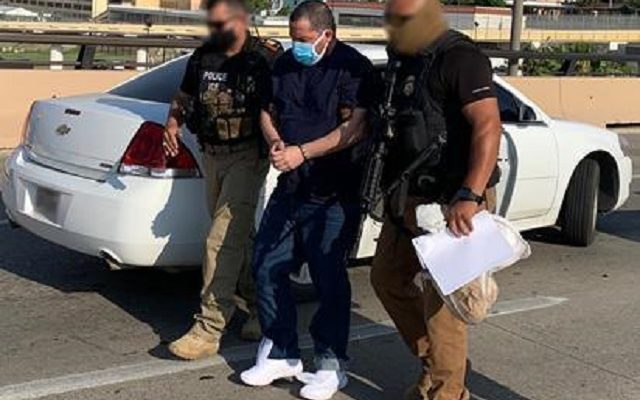 SAN ANTONIO (KTSA News) -A felon wanted for aggravated sexual assault of a child in Mexico has been turned over to authorities  ICE says 38-year-old David Neri-Dominguez was in this country illegally.

Mexican authorities issued an arrest warrant for Neri-Dominguez for the aggravated assault of a child in 2017. He was convicted in  2008 in Texas for possession with intent to distribute marijuana that carried a sentence of 41 months. In 2018, Neri-Dominquez was also charged and convicted in the U.S. of illegal reentry. He has two other convictions in the U.S. – one for possession of marijuana in 2007 and another for criminal trespassing in 2018.

“We are committed to removing foreign fugitives from the United States who are being sought in their native countries for serious crimes,” said Jose Correa, field office director for ICE’s Enforcement and Removal Operations (ERO) San Antonio. “Foreign fugitives should be put on notice – they will find no refuge here.”

ICE ERO first encountered Neri-Dominquez  in 2011 while he was incarcerated at the Big Springs Correctional Center and officials lodged an immigration detainer.  He was deported a few months later.

Neri-Dominquez illegally reentered the U.S. near El Paso in 2017.  He was charged and convicted of illegal reentry in 2018 in Midland and  sentenced to 30 months confinement.

He was transferred from U.S. Marshals Service custody to ICE ERO last month. On Monday, Neri-Dominguez was escorted by ICE ERO officers to the Laredo, Texas, Port of Entry and transferred to Mexican authorities.