In The Good Ol’ Summertime (Reading) 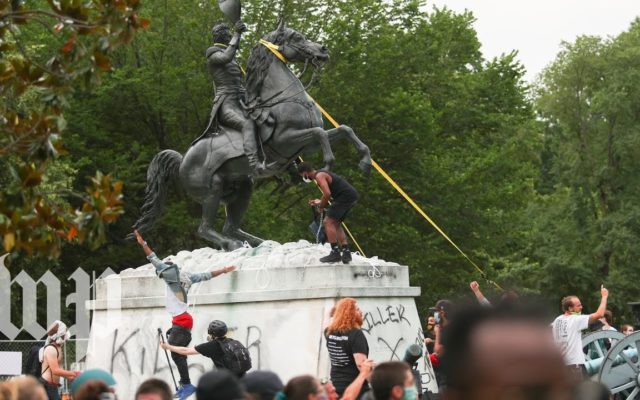 A good friend is for all seasons, but there’s something about relaxing with old friends and familiar faces in the summertime. It just fits, right?

Found myself revisiting some old favorites in July, so here’s what I’ve been reading (or rereading):

“A Connecticut Yankee in King Arthur’s Court” by Mark Twain (1889) I enjoyed this more than when I tried to read it as a young guy. Takes a little patience to appreciate Twain’s dry sense of humor. In a time-travel tale, a nineteenth-century Hank Morgan finds himself relocated into Arthurian England. Facing execution, he convinces the people of the day he’s a sort of magician. Then, never letting a crisis go to waste, he proceeds to give them a multi-century head start on everything from the Industrial Revolution to American democracy. Twain is both celebrating and satirizing feudalism, democracy and technology.

“The Given Day” by Dennis Lehane (2008) It’s 1918 Boston, with Spanish flu, WWI and the Boston police strike reshaping the lives and destinies of both white and black families. A strong work of historical fiction.

“Sadie When She Died” by Ed McBain (1972) The detectives of the 87th Precinct have a murder victim who led a secret life and was both known and unknown by those who loved her, and the one who killed her.

“First Team: Fires of War” by Larry Bond and Jim DeFelice (2006) The  fictional “First Team” has elements of CIA, Special Forces, Marines and others. This time their challenge, on the eve of war between the Koreas, is to figure out why nuclear weapons are hidden in the South. These novels never disappoint, and the Bond/DeFelice partnership rivals Tom Clancy.

“The Devil’s Diary: Alfred Rosenberg and The Stolen Secrets of the Third Reich” by Robert Wittmann and David Kinney (2016) Rosenberg was an early and influential friend of Hitler, who shaped his twisted racial theories. At and after the Nuremberg war tribunals, Rosenberg’s papers were appropriated by a zealous prosecutor and then disappeared for decades. The authors had a great story to tell, but tell it poorly.

“Invasion” by Robin Cook (1997) Cook’s at his best with medical-themed thrillers. This isn’t quite one of them. A mysterious flu arrives from outer space, carried by tiny flying discs. Victims become zombie environmentalists. I’m not kidding. Even though NBC made a miniseries out of this book, I’d say skip it. Although, if you have a beef with the modern-day CDC, you will enjoy their villainous role here.

“The Bourne Deception” by Eric van Lustbader (2009) Jason Bourne’s character and storyline were the priceless creation of the legendary Robert Ludlum. I read all the Ludlum books and always wished for more. EVL, who I think is a legend in his own right, has taken over the series and done great work with it. And, sorry Hollywood, the books are better than the movies. A “Bourne” book is just about perfect summer reading.

“Andrew Jackson” by H.W. Brands (2005) You get the whole person in a Brands bio. Andrew Jackson was the most revered, feared and disruptive public figure of this young nation when he rose to fame vanquishing the British at New Orleans and becoming the first Westerner elected president. Like other unlikely presidents (Lincoln, Reagan and one other fellow come to mind), he greatly outperforms low expectations. Recently, Jackson’s a prime target of cancel culture, mostly for his Indian policies. But Brands shows us that Jackson was not only a man of his particular time, but was much more thoughtful about and sensitive to, the issues of Indians and slavery.  We shouldn’t underestimate him any more than the elites of the early 19th century did.

“A Palm for Mrs. Pollifax” by Dorothy Gilman (1973) Imagine if Christie’s Miss Jane Marple was American, and worked for the CIA instead of solving crimes. Then you’d have the nice lady sent to a Swiss health resort to find stolen plutonium. Short, suspenseful and funny novels.

“Black Angel” by Cornell Woolrich (1943) Her husband was cheating on her with a woman who’s been murdered, and the police are sure he did it. But his wife has evidence they know nothing about, and sets about to catch the killer before her husband gets the chair.  To do that, she has to ingratiate herself with each of four men, who might be a killer. A classic noir film was based on the book. Woolrich hated it.  His short stories and novels are always dark and painful, and if you read up on his life, you see where that came from. I’m a Woolrich fan.

“The War Below: Three Submarines That Battled Japan” by James Scott (2013) Submariners were six times more likely to perish than surface ship sailors, yet the subs almost single-handedly kept America in the Pacific War for quite some time, Scott focuses on three celebrated boats: Silversides, Tang and Drum. Chock full of exploits, characters and life below. One of the best books of its kind.

As always, hope you’ll let me know if you try any of these. And share what you’re reading.