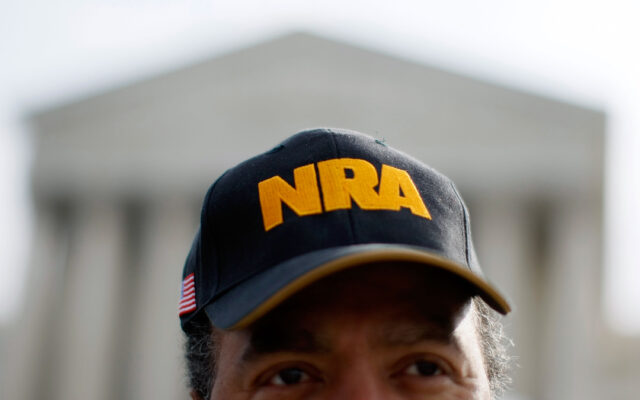 WICHITA, Kan. (AP) — A National Rifle Association board member from Kansas is asking a federal bankruptcy court in Texas to appoint an independent examiner to investigate allegations of mismanagement by national leaders of the gun rights organization.

Sedgwick County District Court Judge Phil Journey, who filed the motion Monday in federal court in Dallas, said an independent investigator could “either confirm or deny the allegations swirling around the association,”

The NRA filed for bankruptcy and is seeking to move to Dallas from New York, where Attorney General Letitia James is seeking to close the organization amid allegations that top executives used tens of millions of dollars for lavish personal trips, contracts for associates and other questionable expenditures.

Journey, a former Kansas state senator and advocate for gun rights, is the first NRA board member to officially question the actions of the group’s management, including Wayne LaPierre, the executive vice president for 30 years, The Wichita Eagle reported.

“The Debtors (the NRA) have improperly paid excessive compensation to current management in base salaries, and, perhaps more troubling, via a series of excessive perks that were wholly for the Debtors’ insiders’ personal benefit,” Journey said in his motion.

The motion also contends NRA management hid the questionable expenses from the board to protect key officials. The 76-member board’s oversight role has been reduced in recent years to “figurehead” status while hired management runs the organization, Journey said.

He also contended the board was not aware of plans to seek bankruptcy protection and was not asked to vote for approval of the filing. Journey’s filing also questioned the creation of a Texas subsidiary, a legal maneuver to allow the NRA bankruptcy case to be heard there.

“Judge Journey purportedly supports the mission of the NRA and claims not to oppose the Association seeking to reincorporate in Texas,” William A. Brewer III, counsel to the NRA said in a statement Tuesday. “Unfortunately, he seems to mistakenly believe the NRA reorganization plan did not follow board and internal protocol. This plan was undertaken in full compliance with NRA policy. The plan has been widely endorsed by NRA board members, NRA members, elected officials, and other key stakeholders.”

In court documents filed Jan. 15, NRA management argued it was authorized to take whatever legal action it thought necessary if it was approved by a Special Litigation Committee created in a Jan. 7 board vote.

The committee consists of NRA president Carolyn Meadows and vice presidents Charles Cotton and Willes Lee, who gave LaPierre approval to file the Texas bankruptcy and the creation of Sea Girt LLC. A brief filed a week after the bankruptcy said the move was to protect the organization from political persecution by James and other New York authorities.