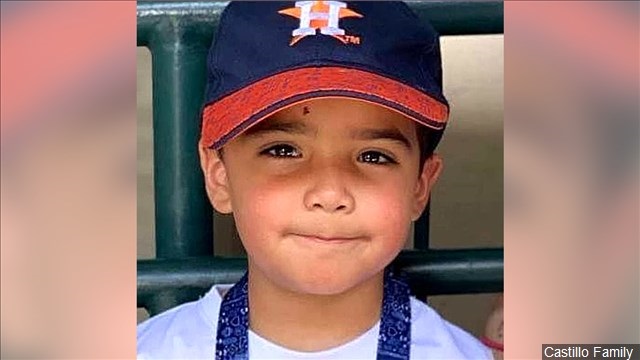 Josiah McIntyre, 6, died after being infected with a brain-eating amoeba/Photo-MGN

SAN ANTONIO (KTSA News) –  Texas Governor Greg Abbott vows to provide assistance to Lake Jackson officials as they work to purge a brain-eating amoeba from the water system, but it could take 60 days to clear the water.

The governor opened a news conference Tuesday by offering his condolences to the family of 6-year-old Josiah McIntyre, who died earlier this month after being infected with the deadly parasite.

“As a governor and as a human being, one of the things I wish I had the ability to do is to wave a magic wand and suddenly, allow a lost child to reappear and reunite with their parents,” said Abbott. “There literally are no words  that can describe the sadness that goes along with the loss of a child.”

Prior to the press conference, he met with Josiah’s family.

“I was shown some incredible pictures of the young boy who was so handsome, so athletic, so full of life, and it just rips your heart to know the loss of this life,” said Abbott.

The Governor also was briefed by officials on steps being taken to respond to the situation, including a boil water notice, flushing the city’s water supply, testing environmental samples, and providing free cases of water to residents.  The Governor issued a disaster declaration for Brazoria County on Sunday after the discovery of the amoeba

The Texas Commission on Environmental Quality is working alongside the City of Lake Jackson, the Texas Division of Emergency Management , the Texas A&M Forest Service, the Texas Military Department, the Texas Department of State Health Services , the Centers for Disease Control and Prevention, and the Environmental Protection Agency to resolve the ongoing water issue.

“The health of the Lake Jackson community and the safety of their water supply is a top priority,” said Governor Abbott. “The state is working closely with local and federal officials to resolve this issue, provide resources to the region, and ensure the City of Lake Jackson has safe, clean drinking water.

A Boil Water Notice remains in effect for the City of Lake Jackson. TCEQ is actively working with the city to conduct a free chlorine conversion, which changes the water system’s disinfectant from chloramine to chlorine. Along with extensive flushing, a free chlorine conversion will assist in bringing disinfectant residuals to satisfactory levels. Once the flushing and disinfecting process is complete, and the system’s chlorine residuals meet state and federal regulations, the boil water notice will be lifted.

It’s not know exactly how Josiah contracted the brain-eating amoeba, but the Houston Chronicle reports the family suspects a splash-pad he played in shortly before he became ill.  KTRK-TV reports a water hose at the boy’s house also tested positive for the microbe.

The Centers for  Disease Control says Naegleria fowleri “usually infects people when contaminated water enters the body through the nose. Once the ameba enters the nose, it travels to the brain where it causes PAM, which is usually fatal. Infection typically occurs when people go swimming or diving in warm freshwater places, like lakes and rivers. In very rare instances, Naegleria infections may also occur when contaminated water from other sources (such as inadequately chlorinated swimming pool water or heated and contaminated tap water) enters the nose.”