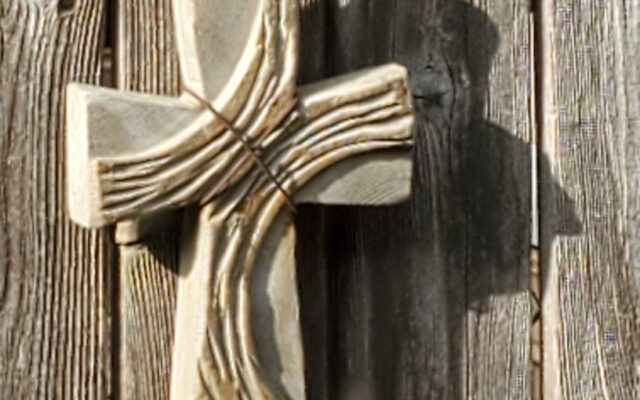 Whoever first said “it’s always darkest before the dawn” perfectly described this day of Holy Week.

Christians believe that Jesus Christ, the Son of God, went to the cross, personally blameless, but bearing every sin we have ever committed. In taking them to the cross, he redeemed us in a way we could not have done for ourselves.

In that moment, his disciples were confused and frightened. They thought they were witnessing the end of their hopes. Instead they were present for the greatest beginning we will ever have.

What a contrast to today!

First, we are living in a time where forgiveness and redemption are in shockingly short supply. Our “cancel culture” of today allows for no second chances, no “return of the prodigal” and a zeal for expelling people from our midst. We form mobs of condemnation more reminiscent of the Old Testament, rather than showing the forbearance and forgiveness of Jesus in the New Testament.

Secondly, we are living through a moment in which people wonder if we have seen the end of “normal”.

Will ordinary and extraordinary things return, become customary again, or even be “allowed” by our secular rulers? A lot of that is up to us as individuals. Some of it is beyond our control. Surely, though, sacrifices made during the COVID-19 pandemic were made in the expectation of some payoff, some future victory over this virus. It has enraged and dispirited people when they see that, after doing what they were told to do, the payoff isn’t forthcoming.

But on this dark day some two-thousand years ago, there were people feeling the same way. “What was this all FOR?!”

Only time will tell if there’s a dramatic plot twist like Easter Sunday is for followers of Christ.

In a time when every day can feel like a sort of Friday-before-Easter, we have to keep the promise of Easter in front of us.

Rebirth, redemption, renewal and resurrection are always available to us.