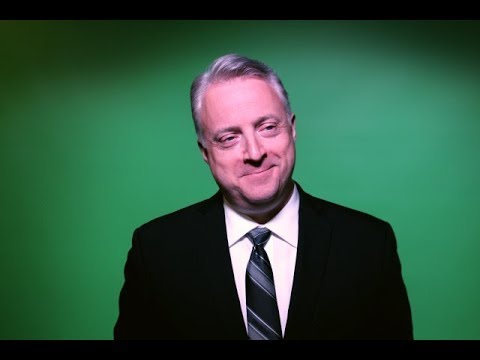 “April is a dog’s dream”, goes the famous poem. But it’s also a month that feels like the “set-up” for summer. The weather gives a few sneak previews. It feels right to start making summer plans.

This April also feels a lot different than last year’s, which was the first full month of pandemic stuff. A lot of people read, or read more, during that time. But you don’t have to give it up now that the world’s open again. Get out there, and take that book with you!

Here’s what I was reading this month:

“The Lost Island” by Douglas Preston and Lincoln Child (2014) The easiest way to explain the “Gideon Crew” series by these authors would be to say: what if you were watching “Night at the Museum” and suddenly Jason Bourne showed up? Crew is an unusual action hero, more science nerd than anything, but the plots are always hold-your-breath good.

“Creole Belle” by James Lee Burke (2012) Burke’s one of the finest American writers of our time, creating an vivid world of good guys, bad guys, drama and tension out of a little piece of Louisiana. Detective Dave Robicheaux, his wife Molly, their adopted daughter Alafair, Dave’s lifelong friend and former NOPD partner, Clete Purcel—these become real people you know and care about as you read the Robicheaux series. This one is more Clete than any of the others, and it’s just a rich read. Dave may be losing his mind, or are the things that apparently only he sees the key to connecting mysteries both personal and public? Read the whole series, in order, if you can.

“Goodbye California” by Alistair MacLean (1977) I’m admittedly a MacLean fan who reads all his books. This one is hopelessly dated, but has his usual ingredients of a world-altering evil plot versus some very human, sometimes reluctant heroes. Think of it: atomic bombs planted strategically along the Golden State’s dangerous fault lines…

“Beyond The Headlines” by R.G. Belsky (2021) Dick Belsky’s become a good friend of our show, and we always have him on to talk about his new novels. He’s continuing the popular character of Clare Carlson, a TV news director/reporter, who in her fourth appearance, gets pulled into a high-profile murder case.  Belsky’s a terrific writer, and the added value is the behind-the-curtain access to newsroom management of big stories. There are a lot of strings getting pulled by a lot of people before you see or read a news story.

“The Chinese Orange Mystery” by Ellery Queen (1934) The “murder victim-inside-a-locked room” plot has been done so often, but seldom so well. Ellery is a case of nepotism gone right—by being the son of an NYPD inspector, he gets to noodle around, and always ultimately solve, the thorniest cases.

“Crusade in Europe” by Dwight Eisenhower (1948) He’s just back from being the top military commander of the greatest war ever fought, so naturally he has to write his account of it. I’ll say right off, Ike did many things well throughout his life., but his writing is turgid and hard to stay with. Having said that, if you’re a fellow WW2 history buff, his (to0 rare) occasional asides and personal impressions of certain people and events make the plodding along worth it. You won’t even pick up this book unless you’re seriously into the topic, so you’ll probably stay with it.

“The Holdout” by Graham Moore (2020) On the one hand, this is a sleek little mystery novel about jurors who serve on a high-profile L.A. murder case, render a controversial verdict (because of one “holdout” juror), and then reunite 10 years later for a documentary special about the case. Another murder happens, and the case reignites in both the headlines and in the lives of these jurors. It’s a great glimpse into how jury service might work in such a case. On the other hand, Moore is man-crushing on Barack Obama throughout the book, which seems out of place, and he tends to create stereotypical characters.  Neither thing prevented me from thoroughly enjoying “The Holdout”, but just so you know.

“Heretics of Dune” by Frank Herbert (1984) If you’re reading this book, you’re no doubt reading (or rereading, like me) the whole “Dune” series. Like being a fan of “Star Wars”, “Dune” fandom requires memorizing a dizzying array of planets, sects, technologies, etc. etc. When I read the books one summer as a teenager, I couldn’t always keep it all straight. Now, rereading them, I just Google any name or reference I can’t place. I highly recommend you do the same. Herbert is not only writing classic, timeless sci-fi, but he’s making some provocative statements about religion, government, the environment and man v. machine. Enjoying the second reading even more.

“Whitey: America’s Most Notorious Mob Boss” by Dick Lehr and Gerard O’Neill (2013) I always tell people who aren’t from Massachusetts, the Whitey Bulger story is the greatest true-crime saga you never heard of. You almost can’t believe this isn’t some Hollywood creation of Tarantino or Scorsese. In fact, when Hollywood did tell the Whitey story, they based it off another Lehr/O’Neill book, “Black Mass”. These authors are award-winning journalists, who also craft a compelling longer-form story. If you’re a fan of true crime and/or you want to appreciate how off-the-rails the FBI has gone, this is a superb read. You can’t make up a crazier, darker orgy of crime than what really happened here.

“The Name is Archer” by Ross MacDonald (1955) You know I’m a major fan of MacDonald, and I’m thinking that this little volume could be like your starter kit, if you’ve never read him before. Seven short stories to stoke your appetite for the full-size (still short by modern standards) “Lew Archer, private eye” novels. Every one of these is excellent, especially “Find the Woman” and “The Suicide”. Archer is a great character, and he encounters men and women (especially the women) who haunt him and will haunt you.

As always, I hope you try and enjoy one or more of these. Let me know what you’re reading these days too at [email protected]