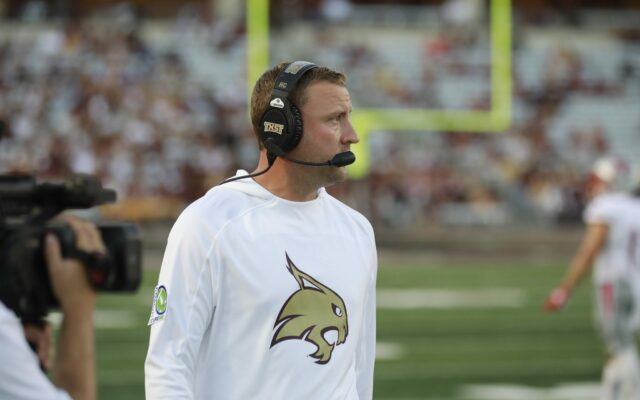 Director of Athletics at Texas State, Don Coryell, says Spavital was a tremendous member of the Bobcat community but the coach was fired because not enough games were won, and no progress was being made.

He released the following statement:

“We are confident that we will find an excellent leader of men, a man of character, and a tremendous football coach to take us to unprecedented heights. I will refrain from commenting on the search until we are ready to introduce our new coach. On behalf of Texas State Athletics, I want to thank Jake for his service, and we wish him, Mehgan, and their family all the best moving forward.”

Spavital was fired Sunday, the day after the Bobcats ended the 4 and 8 season with a 41-13 home loss to Louisiana.

His overall record in four years at TSU was 13-35.

Spavital had one year remaining on his 5 year contract.