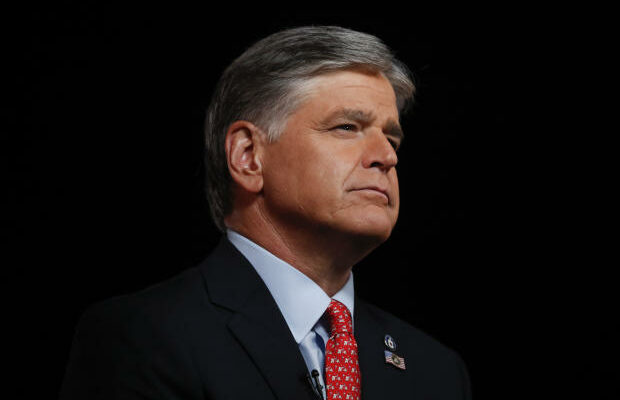 The congressional committee tasked with investigating last year’s insurrection at the U.S. Capitol sent a letter to Fox News host Sean Hannity on Tuesday, asking him to voluntarily submit information he may have regarding the deadly rioting. The letter was signed by the January 6 Committee’s Chair Bennie Thompson and Vice Chair Liz Cheney.

In their request, the two lawmakers said the committee has communications suggesting Hannity had “advance knowledge of President Trump’s and his legal team’s planning for January 6th” and that he expressed concerns both to the president and his staff about it. The representatives also believe the Fox News star was communicating with White House officials and other lawmakers during the riot and in the days after.

“These communications make you a fact witness in our investigation,” they wrote on Tuesday. “Thus, we write today to seek your voluntary cooperation on a specific and narrow range of factual questions.”

Specifically, the committee said it obtained messages between Hannity and Mr. Trump, as well as his chief of staff Mark Meadows, sent between December 31, 2020, and January 20, 2021.

On the last day of December, Hannity allegedly texted Meadows:

“We can’t lose the entire WH counsels office. I do NOT see January 6 happening the way he is being told. After the 6 th [sic] He should announce will lead the nationwide effort to reform voting integrity. Go to Fl and watch Joe mess up daily. Stay engaged. When he speaks people will listen.”

On the eve of the insurrection, he also allegedly sent a message that said:

The committee believes, based on communications it has reviewed, that Hannity may have also had a direct conversation with the former president on January 5.

During the riot, Hannity told Meadows that Mr. Trump should “… Ask people to peacefully leave the [C]apit[o]l.”

In Tuesday’s letter, the committee’s two chairs said they would like to ask Hannity what conversations he had, if any, with White House staff about the possibility of Mr. Trump being removed from office under the 25th Amendment.

In the days after the insurrection, Hannity apparently spoke with Mr. Trump.

“You appear also to have detailed knowledge regarding President Trump’s state of mind in the days following the January 6th attack,” Cheney and Thompson wrote.

He also wrote to Meadows and Congressman Jim Jordan before President Biden’s inauguration:

“Guys, we have a clear path to land the plane in 9 days. He can’t mention the election again. Ever. I did not have a good call with him today. And worse, I’m not sure what is left to do or say, and I don’t like not knowing if it’s truly understood. Ideas?”

The committee requested that Hannity send them the name of his counsel to set up a time for a transcribed interview, and it asked him to “preserve all records of such communications.”