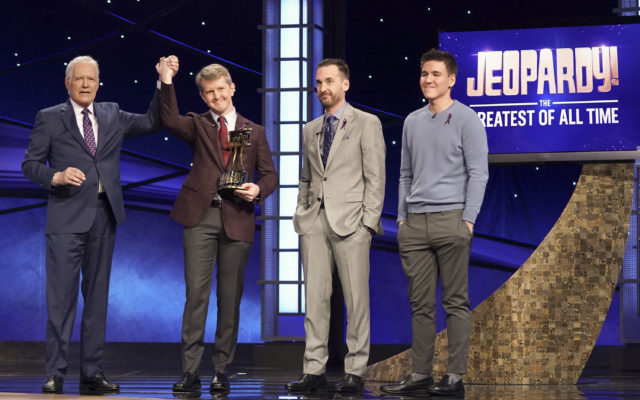 JEOPARDY! THE GREATEST OF ALL TIME - On the heels of the iconic Tournament of Champions, 'JEOPARDY!' is coming to ABC in a multiple consecutive night event with ÒJEOPARDY! The Greatest of All Time,Ó premiering TUESDAY, JAN. 7 (8:00-9:00 p.m. EST), on ABC. (ABC/Eric McCandless) ALEX TREBEK, KEN JENNINGS, BRAD RUTTER, JAMES HOLZHAUER

NEW YORK (AP) — The “Jeopardy!” tournament matching the game show’s three most accomplished and well-known players has proven to be a big hit for ABC, which clearly hopes the competition goes on as long as possible.

The three matches between Ken Jennings, James Holzhauer and Brad Rutter were each seen by roughly 15 million viewers last week, the Nielsen company said. And interest is building as the tournament goes on: Thursday’s third match reached 15.5 million viewers on the night it aired, the biggest audience yet.

It’s gratifying to ABC executives, but not necessarily a surprise.

“This felt as close to a sure thing as you’re going to get in this business,” said Rob Mills, senior vice president for alternative series, specials and late-night television at ABC, on Tuesday.

The emergence of Holzhauer last year, when he set several records for single-day earnings, gave “Jeopardy!’ three well-known players with distinctive claims to fame: Rutter has earned more money than any player in the game’s modern-day history and Jennings set the record for longest run as champion.

That made it a natural for ABC, which had been kicking around ideas for years about how to make a special prime-time event for “Jeopardy!”

“You can argue that these are the biggest stars on television right now,” Mills said.

Nostalgia for “Jeopardy!” host Alex Trebek, who’s suffering from pancreatic cancer, has also made it attractive to viewers.

The success means it’s likely you haven’t seen the last of these three players in prime-time. Mills said they’re already kicking around ideas for other “Jeopardy!” events. The danger lies in becoming greedy and overdoing it, as ABC learned two decades ago when it essentially killed “Who Wants to Be a Millionaire” by over-exposure.

The prime-time event continues until one player wins three matches. Going into Tuesday’s show, Jennings had won two matches and Holzhauer one.

CBS led the broadcast networks, averaging 9.5 million viewers in prime-time last week, and Fox had 9.2 million as both networks were helped considerably by NFL playoff games. ABC averaged 5.4 million viewers, NBC had 4.2 million, Univision had 1.5 million, ION Television had 1.3 million, Telemundo had 840,000 and the CW had 690,000.

Fox News Channel was the most-watched cable network, averaging 3.16 million viewers in prime-time. MSNBC had 1.7 million, TLC had 1.21 million, Hallmark had 1.15 million and HGTV had 1.08 million.

For the week of Jan. 6-12, networks and viewerships were: 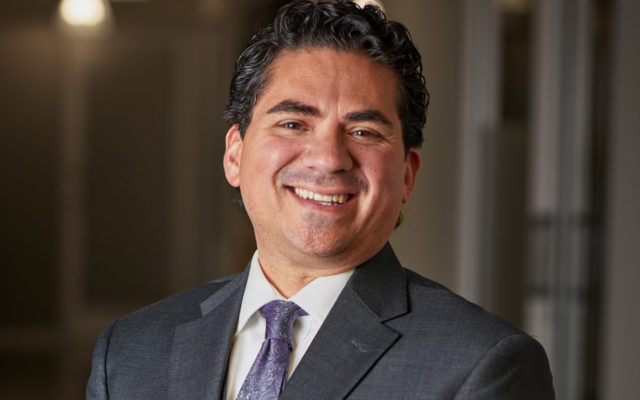