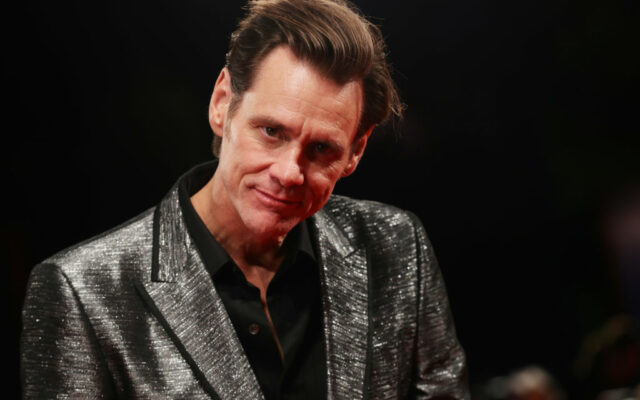 VENICE, ITALY - SEPTEMBER 05: Jim Carrey walks the red carpet ahead of the 'Jim & Andy: The Great Beyond - The Story of Jim Carrey & Andy Kaufman Featuring a Very Special, Contractually Obligated Mention of Tony Clifton' screening during the 74th Venice Film Festival at Sala Grande on September 5, 2017 in Venice, Italy. (Photo by Vittorio Zunino Celotto/Getty Images)
“Saturday Night Live” is known for its comical political commentary – especially during election years, when the show often parodies politicians so well that some may not be able to tell if they’re looking at Sarah Palin or Tina Fey. This season, “SNL” has cast a new actor to play Democratic presidential candidate Joe Biden: Jim Carrey.

“SNL” announced in a tweet Wednesday that Carrey, who has hosted the show several times, will play Biden. In years past, the show has surprised fans with their casting choices – keeping many choices under wraps until the live show.

Many fans took to Twitter to share their opinions – some love the promise of Carrey, some liked Harrelson, and some purists miss Sudeikis.

“For those Sudeikis fans. I agree, he was great. But we have zero idea of his schedule/availability/desire to perform the role. There are many factors in casting. I think Carrey will be excellent,” one person tweeted.

“I can’t be the only one that’s sort of disappointed. I thought @WoodyHarrelson was SPOT ON!” another wrote.

Carrey is no stranger to sketch comedy, he got his big break on “In Living Color” in 1990.

His new role is not the only addition “SNL” announced this week. The new season will also have three new cast members: Andrew Dismukes, Lauren Holt and  Punkie Johnson, the show tweeted.

Season 46 will return – in studio – on October 3. The shows 45th season was interrupted by the coronavirus pandemic in March, and the cast and crew put on several episodes from home.

CBS News has reached out to reps for “Saturday Night Live” and is awaiting response.