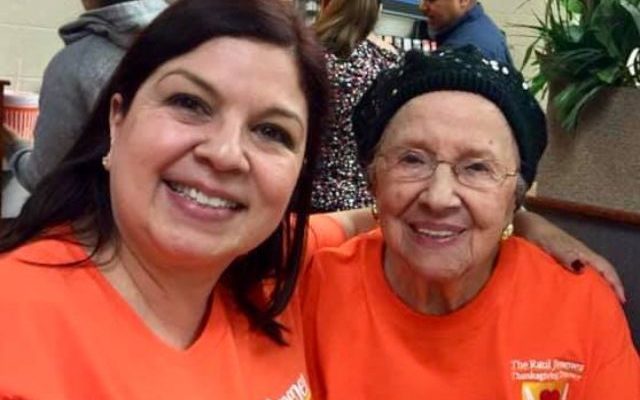 SAN ANTONIO (KTSA News) — A name that is synonymous with the generosity of San Antonio has passed away.

In 1979 her late husband, Raul Jimenez, began a Thanksgiving tradition of feeding senior citizens and the less fortunate.

It has grown into one of the largest Thanksgiving benefits in the nation.

Mary took part in every aspect of the benefit. That included marathon days at the KTSA studios during the annual Raul Jimenez Telethon.

The event raises thousands of dollars for the Thanksgiving dinner. On the day of the telethon, Mary would arrive before sunrise and stay long after the fundraiser would wrap up in the evening.

Her daughter, Patricia Jimenez, posted the following statement on Facebook.

“My beautiful and beloved Mother, Mary Q. Jimenez, was called home by God earlier today. She was a servant of the Lord until the very end touching the hearts of everyone she met. Mom, Thank you for being YOU!!! You will be missed but never forgotten. “