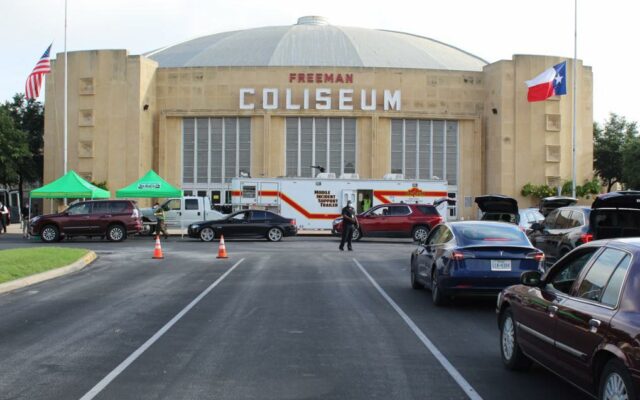 Wolff said there has been no agreement reached, but he has spoken to representatives of FEMA and the U.S. Department of Health and Human Services about the possibility of using the site for unaccompanied minors. He said there are questions about security, who would manage the place and who would provide food.

“We did get word late today that Health and Human Services had made outreach to the defense secretary inquiring about the potential use of Joint Base San Antonio,” Mayor Ron Nirenberg said at Tuesday evening’s COVID-19 briefing.

“First of all,  the military bases aren’t designed to be housing children, and the President and his administration ought to know better,” Roy said on News 4 San Antonio. “The Biden administration has no idea what they’re doing and they’re endangering American citizens, making our military weaker, harming immigrants, harming Mexico.  Who is this good for?

During the Obama administration, nearly 16,000 unaccompanied minors were housed at five military bases, including JBSA-Lackland and Fort Bliss.

“What’s happening on the border, as we’ve seen before, is just an incredible human tragedy, so my hope is that what happens going forward is treated with the utmost compassion and care,” said Nirenberg.

He said if the County reaches an agreement to use Freeman Coliseum as an overflow facility, the City will provide assistance, if needed.