CBS News
Before 2020 comes to a close, Jupiter and Saturn will be so close that they will appear to form a “double planet.” The great conjunction, as the planetary alignment has come to be known, hasn’t occurred in nearly 800 years.

When their orbits align every 20 years, Jupiter and Saturn get extremely close to one another. This occurs because Jupiter orbits the sun every 12 years, while Saturn’s orbit takes 30 years — every couple of decades, Jupiter laps Saturn, according to NASA.

However, 2020’s conjunction is especially rare — the planets haven’t been observed this close together since medieval times, in 1226.

“Alignments between these two planets are rather rare, occurring once every 20 years or so, but this conjunction is exceptionally rare because of how close the planets will appear to one another,” Rice University astronomer Patrick Hartigan said in a statement. “You’d have to go all the way back to just before dawn on March 4, 1226, to see a closer alignment between these objects visible in the night sky.”

Aligning with the winter solstice on December 21, 2020, the two planets will be just 0.1 degrees apart — less than the diameter of a full moon, EarthSky says. The word “conjunction” is used by astronomers to describe the meeting of objects in our night sky, and the great conjunction occurs between the two largest planets in our solar system: Jupiter and Saturn.

The planets will be so close, they will appear, from some perspectives, to overlap completely, creating a rare “double planet” effect.

However, while they may appear to the naked eye very, very close, in reality, they are still hundreds of millions of miles apart, NASA said.

How to watch the great conjunction

During the last great conjunction in 2000, Jupiter and Saturn were so close to the sun that the event was difficult to observe. But skywatchers should have a clearer view of the celestial event this time around. The great conjunction will be shining bright shortly after sunset, low in the southwestern sky, as viewed from the Northern hemisphere, NASA says.

Through the entirety of December, skywatchers will easily be able to spot the two planets. For the next three weeks, you can look up each evening to watch them get closer and closer in the sky.

Jupiter currently appears brighter than any star in the sky. Saturn is slightly dimmer, but still just as bright as the brightest stars, with a recognizable golden glow.

Saturn will appear just to the east of Jupiter, and will even look as close to the planet as some of its own moons. Unlike stars, which twinkle, both planets will hold consistent brightness, easy to find on clear nights.

The event is observable from anywhere on Earth, provided the sky is clear. “The further north a viewer is, the less time they’ll have to catch a glimpse of the conjunction before the planets sink below the horizon,” Hartigan said.

The planets will appear extremely close for about of month, giving skywatchers plenty of time to witness the spectacular alignment throughout the holiday season. The event aligns with the December solstice, marking the shortest day of the year in the Northern hemisphere.

This will be the “greatest” great conjunction for the next 60 years, until 2080. Hartigan said that, following that conjunction, the duo won’t make such a close approach until sometime after the year 2400. 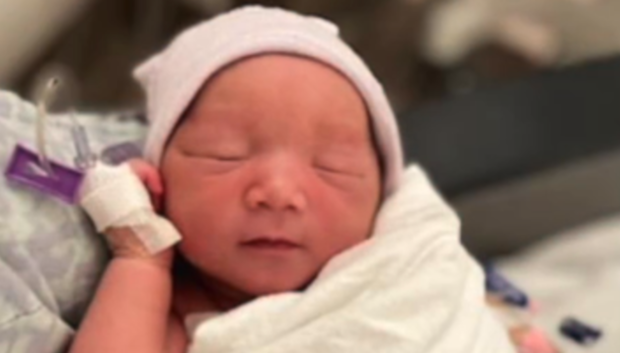