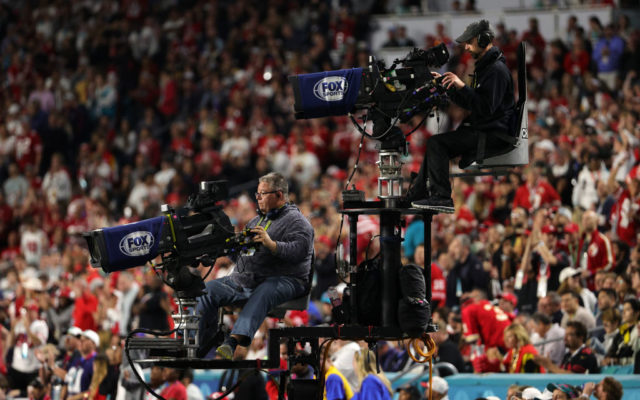 MIAMI, FLORIDA - FEBRUARY 02: A general view of Fox Sports cameras during the third quarter in Super Bowl LIV between the San Francisco 49ers and the Kansas City Chiefs at Hard Rock Stadium on February 02, 2020 in Miami, Florida. (Photo by Sam Greenwood/Getty Images)

By DAVID BAUDER AP Media Writer
The Super Bowl has put a halt to a four-year decline in viewership. The Nielsen company said that 99.9 million people watched the Kansas City Chiefs come from behind to beat the San Francisco 49ers in the Super Bowl. That’s a rebound from the 98.5 million people who watched the Super Bowl in 2019. The event is by far the most-watched television event of the year, but it had been slowly declining since hitting a peak of 114.4 million viewers in 2015. Fox says the game had 102 million viewers when people who watched its Spanish-language affiliate or streamed the game are added in.