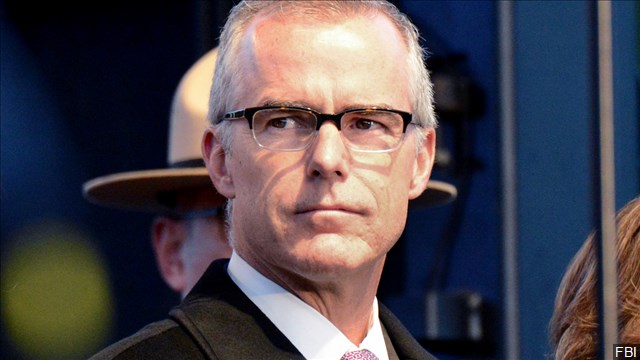 The Justice Department will not charge former Acting FBI Director Andrew McCabe with a crime, McCabe’s attorneys announced on Friday, after nearly two years of investigation.

“We learned this morning through a phone call from the D.C. U.S. Attorney’s Office that was followed by a letter that the Justice Department’s criminal investigation of Andrew McCabe has been closed,” Michael R. Bromwich and David Schertler, counsels for McCabe, said in a statement. “This means that no charges will be brought against him based on the facts underlying the Office of the Inspector General’s April 2018 report.”

The Justice Department was probing whether McCabe lied to federal investigators about authorizing other FBI officials in 2016 to speak to reporters. An inspector general report published in April 2018 alleged that McCabe had lied four times, and referred the case to the U.S. attorney’s office in Washington, D.C. McCabe denied the allegations.

“At long last, justice has been done in this matter. We said at the outset of the criminal investigation, almost two years ago, that if the facts and the law determined the result, no charges would be brought. We are pleased that Andrew McCabe and his family can go on with their lives without this cloud hanging over them,” Bromwich and Schertler said.

The letter from the Justice Department to McCabe’s counsel said “based on the totality of the circumstances and all of the information known to the government at this time, we consider the matter closed.”

McCabe has been a frequent target of President Trump and his allies, as he authorized the FBI investigation into Mr. Trump’s ties to Russia after the president fired former FBI Director James Comey. McCabe was ousted in March 2018, on the day he planned to retire. McCabe filed suit against the Justice Department and FBI in August 2019, claiming his firing was “retaliation” for opening the investigation into Mr. Trump.