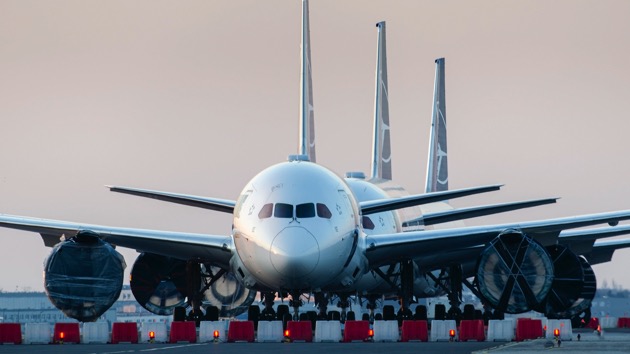 Federal air marshals are said to be irate: the Biden Administration (whose position is that “the border we never visit is secure, from what we hear”), is redeploying virtually all of the marshall force to the US-Mexico line.

The Washington Examiner quotes David Londo, head of the Air Marshal National Council, as reporting that only one out of every 100 domestic flights, will even have an air marshal available, much less on-board.

And since the marshals are being sent to do something way outside their mission, he says many will leave the service instead.

Maybe the men and women of the air marshals aren’t the only ones who should be raising questions.

For starters, there are multiple incidents in the sky, every day, of people going crazy, assaulting flight crews, and attacking passengers. The other day, a woman tried to open a hatch in flight, and then bit into the thigh of a passenger who was trying to stop her. Del Griffith is the least of your worries for a seatmate these days.

Secondly, if you’re dramatically reducing their presence on the airliners, what is the intel about the terrorism threat-level. Did ISIS and their ilk move on to a new hobby? What about all us “domestic terrorists” who might be on our way to speak at a school board meeting or something? Did the country just get a lot safer? Do we know that? How do we know that?

…And if so, wouldn’t there also be a concomitant reduction in the pre-flight rituals and packing rules? Are we free to bring that Pepsi through to our gate? Can we bring enough shampoo and conditioner for a week’s usage? Will we need to tiny-size everything from here on out, or nay? Not to mention, keeping on shoes, belts, necklaces…and not having a grope session with TSA before heading to our gate.

I mean, when they touch you like that and then never call…

Then consider this: if the people who were specifically trained (and willing) to take down future Mohamed Attas, are now the right people to deploy to the southern border, what does that say about who might be in the crowds coming across that border?