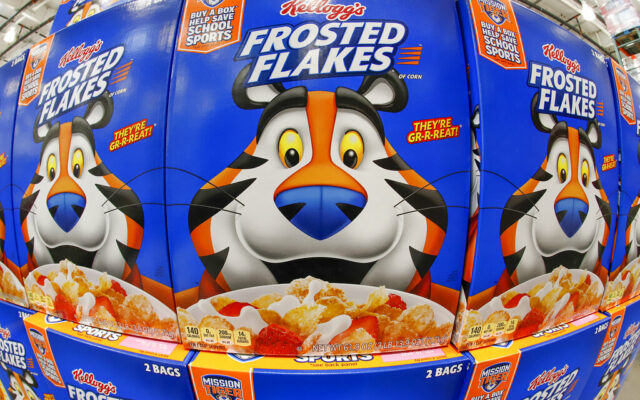 FILE - This is a display of Kellogg's Frosted Flakes cereal at a Costco Warehouse in Homestead, Pa, on Thursday, May 14, 2020. Kellogg's announced Tuesday, June 21, 2022 that it is splitting into three companies: a cereal maker, a snack maker and a plant-based food company. Kellogg's, whose brands include Eggo waffles, Rice Krispies cereal and MorningStar Farms vegetarian products, said the proposed spinoffs of the yet to be named cereal and plant-based companies are expected to be completed by the end of 2023. (AP Photo/Gene J. Puskar, File)

Kellogg’s which also owns and MorningStar Farms, the plant-based food maker, said Tuesday that the spinoff of the yet to be named cereal and plant-based foods companies should be completed by the end of next year.

The company’s corporate headquarters will move from Battle Creek, Michigan, to Chicago, but it will maintain dual headquarters in both cities for its snack company, which makes up about 80% of current sales.