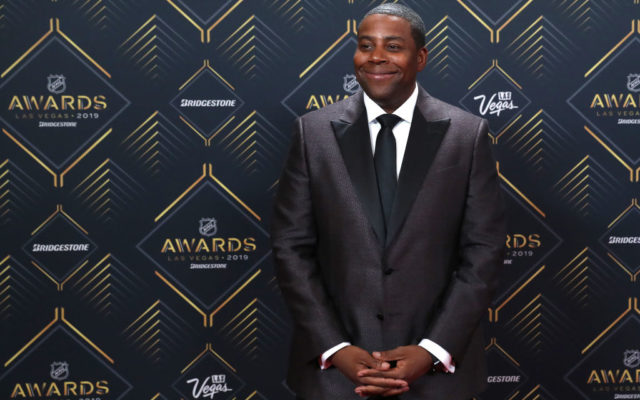 Comedy is returning to the White House Correspondents’ Association (WHCA) Dinner this year. Saturday Night Live’s Kenan Thompson has been tapped to host the annual event.

The Emmy Award-winning actor and the longest tenured SNL cast member will be joined by Peabody Award-winning comedian Hasan Minhaj, who will return to the dinner as a featured entertainer. The “Patriot Act” host was the headline act during the 2017 WHCA dinner.

“Kenan and Hasan are two of the most engaged and engaging entertainers in America. I’m thrilled they’ll help us celebrate the role of a free press in our democracy,” said Jonathan Karl, chief White House correspondent for ABC News and president of the WHCA, in a press release Tuesday. “We’re looking forward to a lively evening honoring the most important political journalism of the past year.”

Thompson’s performance is sure to be starkly differently than last year’s host. While it was typical for comedians to perform at the get-together to roast the president and joke about current events, the 2019 WHCA dinner went a different route by tapping biographer Ron Chernow as the featured speaker.

Chernow’s First Amendment lecture was the result of a previous controversial appearance by Michelle Wolf, who was criticized by members of the press and the Trump administration for her jokes.

“So-called comedian Michelle Wolf bombed so badly last year at the White House Correspondents’ Dinner that this year, for the first time in decades, they will have an author instead of a comedian,” President Trump tweeted at the time.

The president has yet to attend a WHCA dinner. Last year, he skipped the event, telling reporters at the time that it was “so boring” and “too negative.”

The WHCA announced that two new awards will be introduced at this year’s dinner, which will be held on Saturday, April 25: the Katharine Graham Award for Courage and Accountability and the Award for Excellence in Presidential News Coverage by Visual Journalists.