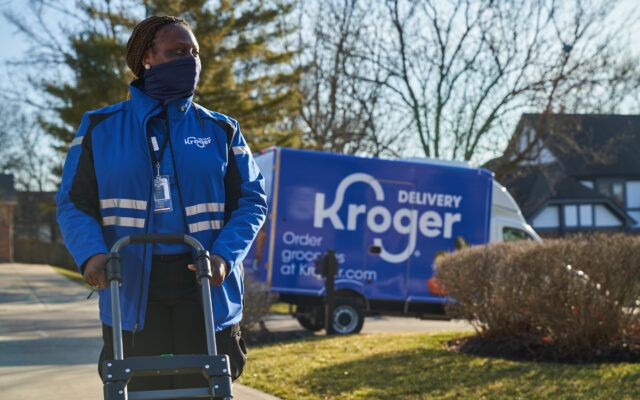 The Ohio-based grocer is expanding its grocery delivery service to San Antonio and Austin with two last-mile fulfillment centers that will serve as spokes of a central hub in Dallas, which itself is set to open this spring.  The San Antonio facility — which will be a 67,000 square foot facility located on the city’s northeast side — is expected to create up to 161 new jobs.  Service is expected to begin later this year.

“Kroger today looks very different than it did in 1883 when we opened our first store. But the core principles that made that store successful – service, selection, value, and our commitment to our customers – remain the bedrock of our business,” said Rodney McMullen, Kroger’s chairman and CEO. “I’m incredibly excited for the future of Kroger, and both thriving physical stores and digital solutions are part of it.”

This new delivery system relies on highly automated fulfillment centers where 1,000 robots retrieves products to be sorted and packed for delivery.

Similar fulfillment centers are already operating in Ohio, the Orlando area, and Georgia.  More — like the Dallas facility — are set to open in California, Maryland, Arizona, Wisconsin, Michigan, South Florida, the Northeast, and the West.

The San Antonio facility will be a spoke to the Dallas hub, serving as a last-mile cross-dock location — from which deliveries will originate.

Austin is getting a similar facility in the northeastern part of that city.

54 mins ago
Connect With Us Listen To Us On