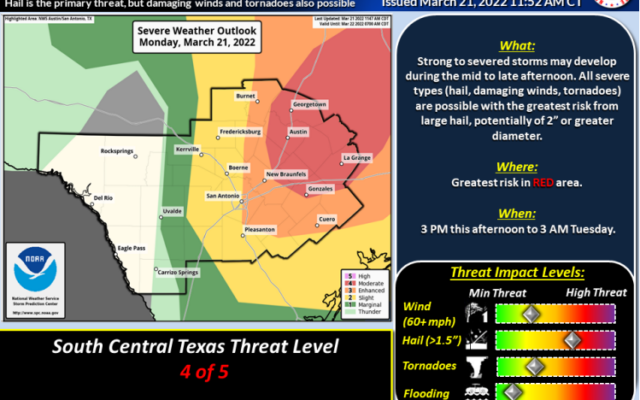 The National Weather Service said the greatest risk for severe weather will be north and east of New Braunfels and Gonzales, though an area east of U.S. 281 and north of Pleasanton and Cuero have a high risk for severe storms.

The biggest threat from these storms will be large hail — likely 2 inches or greater in diameter — though, strong straight-line winds and tornadoes are very possible.  Strong tornadoes can also not be ruled out.

Forecasters said the storms will fire up near U.S. 281 in the early to mid-afternoon and will likely become more severe as they move east.

The threat should be cleared from the entire region by 3 a.m. Tuesday morning, though, that will be sooner the further west you are.