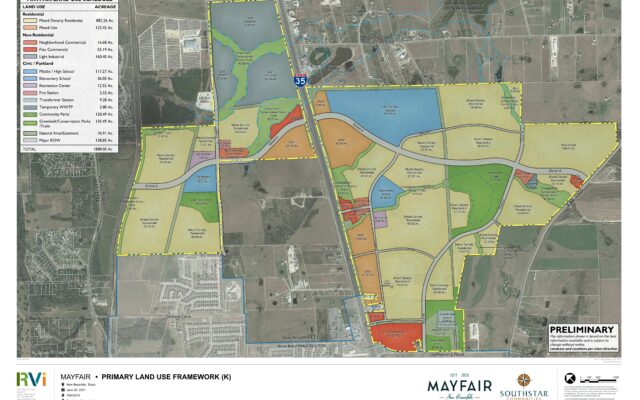 The master-planned, mixed-use community dubbed Mayfair will be along both sides of Interstate 35 — generally bounded by Watson Lane to the north, Kohlenberg Road to the south, FM 1101 to the east, and FM 1102 (Hunter Road) to the west.

The housing will be a mix of single-family homes, apartments, townhouses, duplexes and more.

The plan will also feature more than 35 miles of trails and a new connector under Interstate 35 between Watson Lane and Kohlenberg Road.

SouthStar Communities, the New Braunfels-based developer behind the project, said construction will begin this year with the first homes being ready in two years.